I went for one of those "need to get away" bike rides tonight, fast and through the wrong neighborhoods (or so I'm told), where I ran into this landromat with drop of service which made me smile! 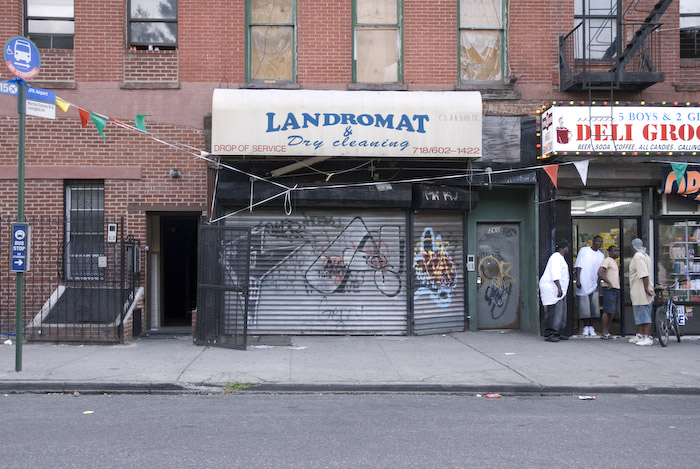 it must of been street party day in bed-stuy because every other block was roped off with music blaring, banners across the street and of course, people dancing! I thought about stopping at a few of them but i'm not so sure how a white girl on a bike with a camera would of been received! anyways.... I kept riding.

I'm not really sure where I was but i hit a red light and heard drumming, of course my ears perked up. Around the corner there were maybe 8 kids playing marching drums in an asphalt park. I watched for awhile before I asked who they were... so intrigued! Turns out they are a Panamanian drumming group - The First Panamanian Drum & Bugle Corps of New York. They practice 3x a week and participate in parades - next one is August 11th. For me, I was so intrigued by a group of people doing something in a neighborhood that I've been led to believe is "dangerous" and here I am with one of those complete in awe smiles and they don't mind that I'm taking photos! I love brooklyn!

Little by little, members would show up. By the time I left there must of been 40 or so people playing instruments where, I found out later, was St. Johns Rec Park. I would of stayed longer but, on a bike, no lights and camera in tow... needed to get on my way. But it was fabulous and SO needed!!!!
Thanks everyone! 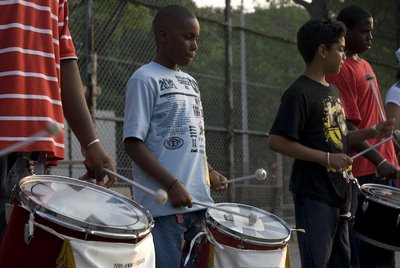 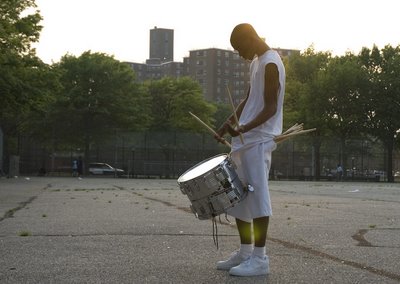 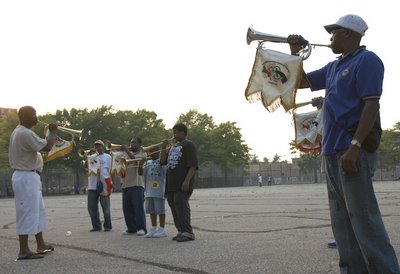 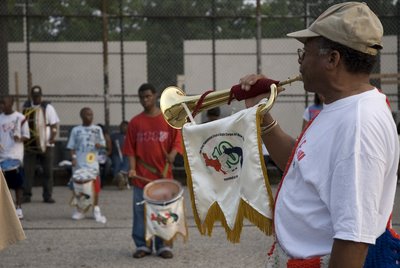 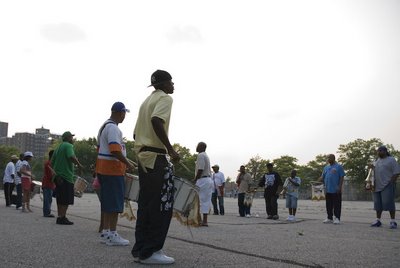 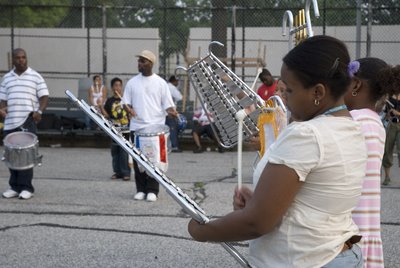