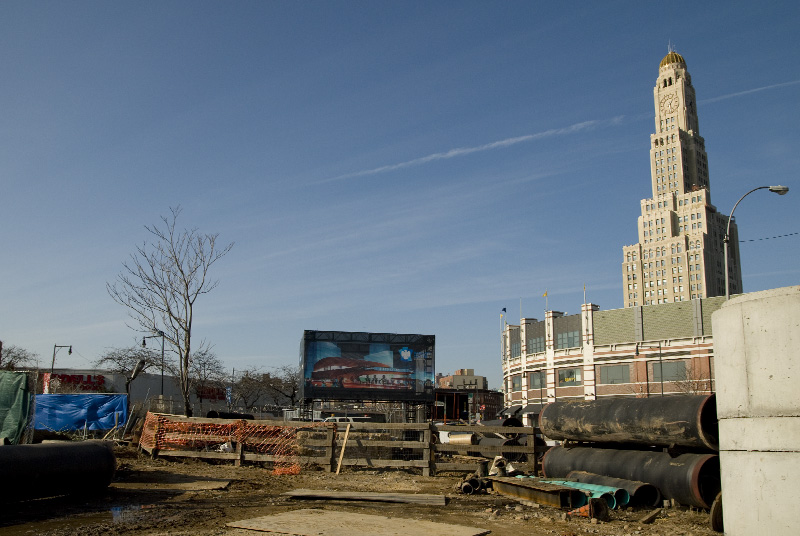 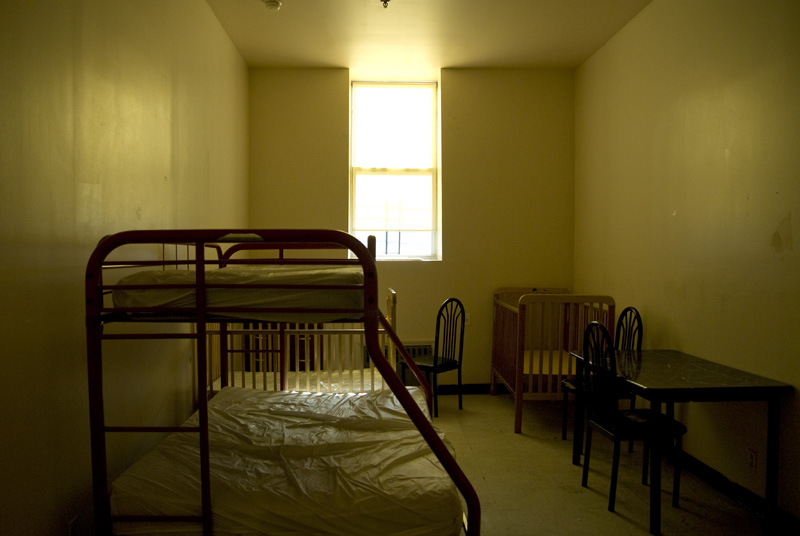 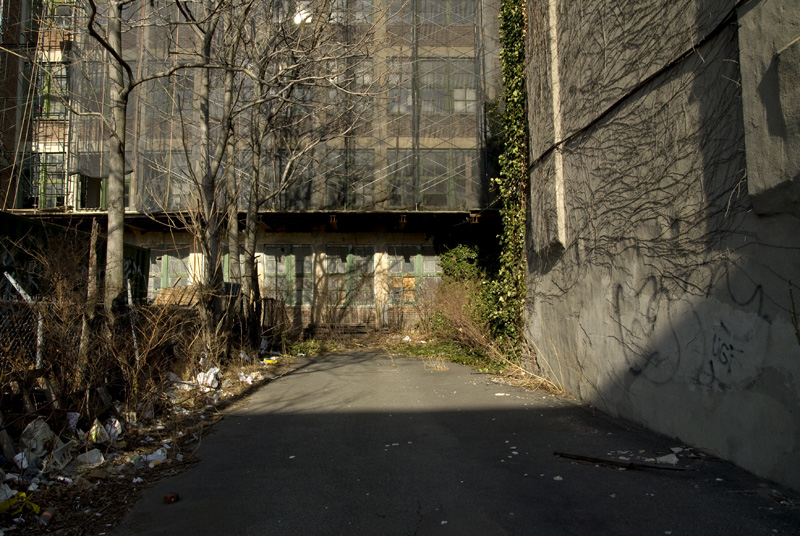 Wandering around yesterday I headed into the mess of what will become a bigger mess. Ratner has convinced the state that the area was blighted, eminent domain begins. Looking at it now, yes, but before he started this, no. It makes me so angry. As if the traffic wasn't horrible already. argh!. So here is what is left of Dean Street. A building waiting demo. A homeless shelter where all 88 families have been removed. Freddy's Bar hosted an event yesterday to stop the demo of the shelter but I'm not sure there is anything left to be done but mourn. Can't say we didn't put up a good fight. sigh.
Labels: dean street, ratner, stadium, walk