Sonya, Queen of the Cats. 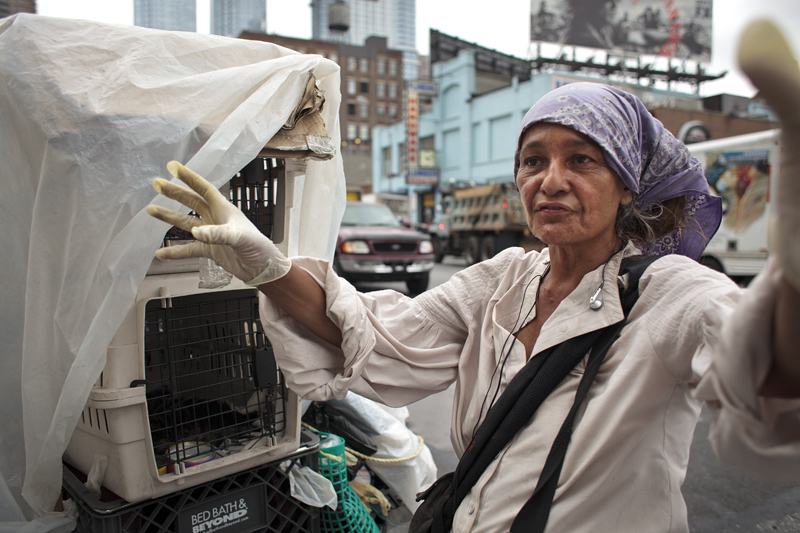 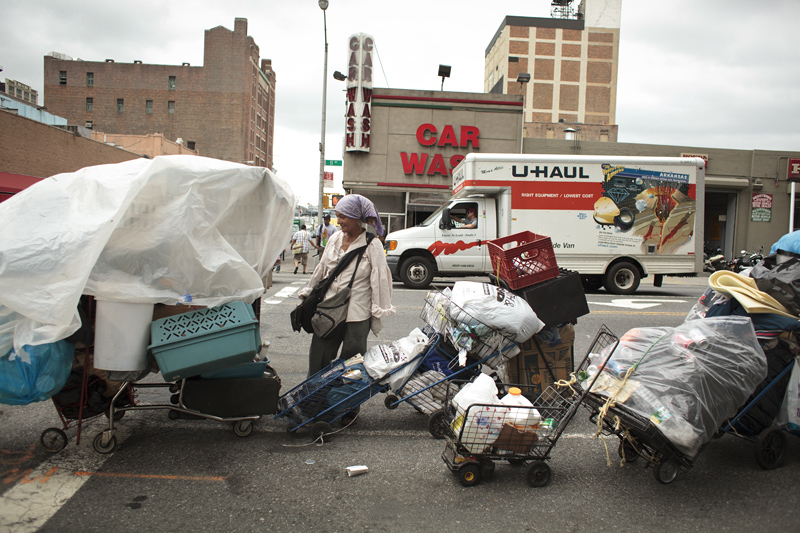 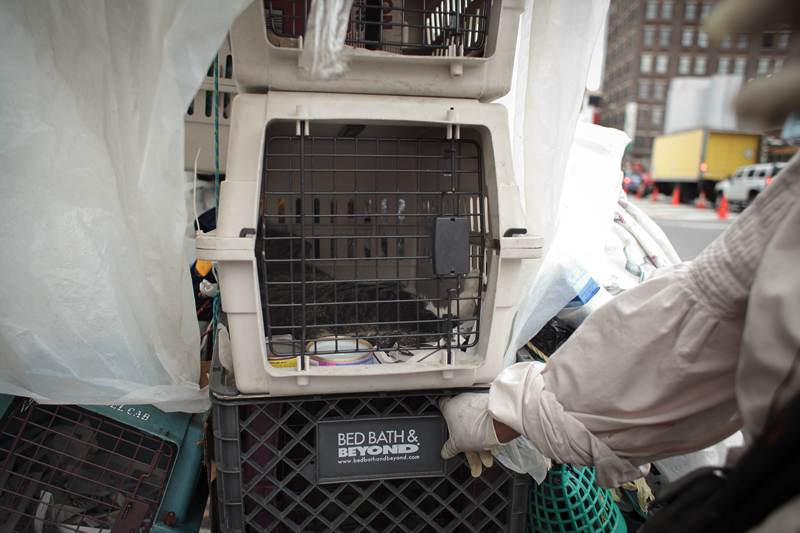 I've seen the bags and the carts on the street outside the office many nights, yet never a person, never the conductor of this train. What looks like Homeless Hoarding I now know better. Her name is Sonya and she's on the move. She has her valuables as well as 3 cats that she tends to. Almost all the other carts are bottles and cans that she collects throughout the day, moving 8 carts 20 feet at a time, up to 52nd Street where she gets her money, then off into the night to feed all of the other cats. I asked if I could take photos and she said no, but as I talked with her I photographed and she didn't seem to mind. I think she liked having someone to talk to. She wasn't crazy, I'd say more eccentric, and she wasn't homeless but often didn't go home. Explaining to me how cats are descendants of the Royal Tiger, that drought is brought on by the killing of the Tiger. She explained it all and I listened intently - it was hard to get her to stop talking but I had to go before the hurricane that never happened. As I turned to go away there was a tourist from one of the cruise ships standing behind me photographing me talking to her, he snickered and asked, "What did she say?!"... as he snapped away without offering her any courtesy. I only had a $1.50 on me but she didn't want my money. Refused it. I told her to put it towards the cat food and she finally agreed to take it.
Labels: 11th avenue, Portraits, street