Fishing in the D. 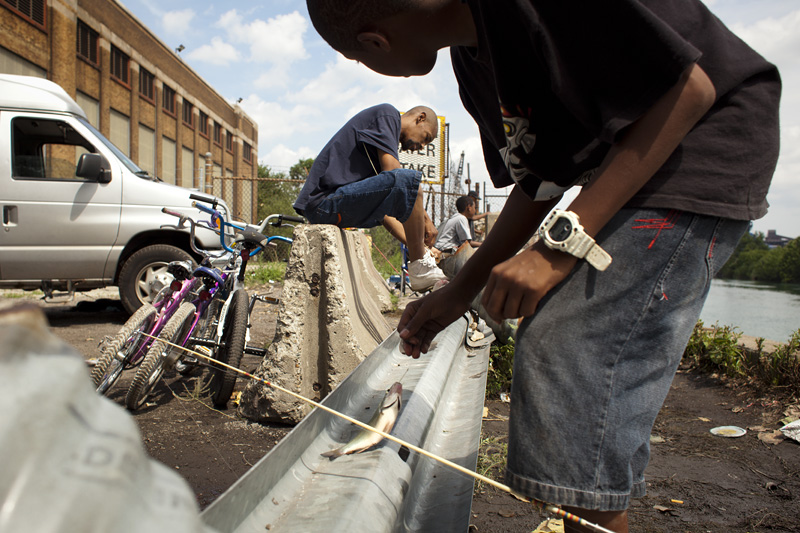 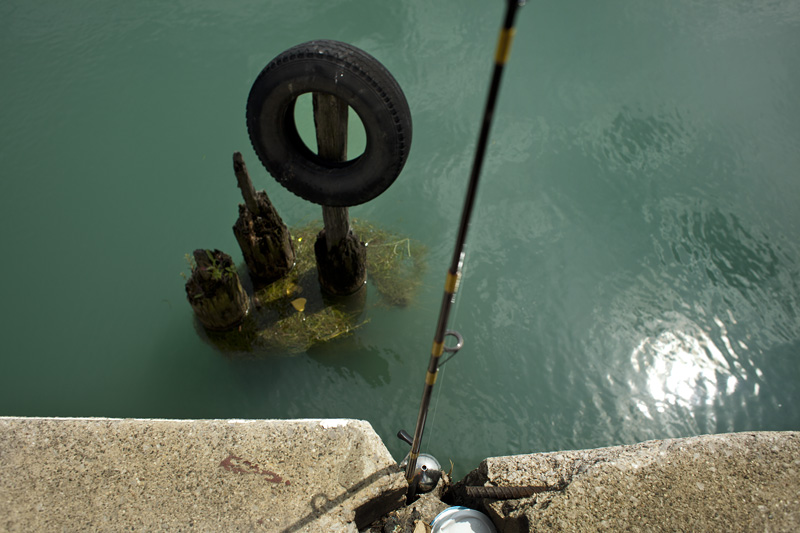 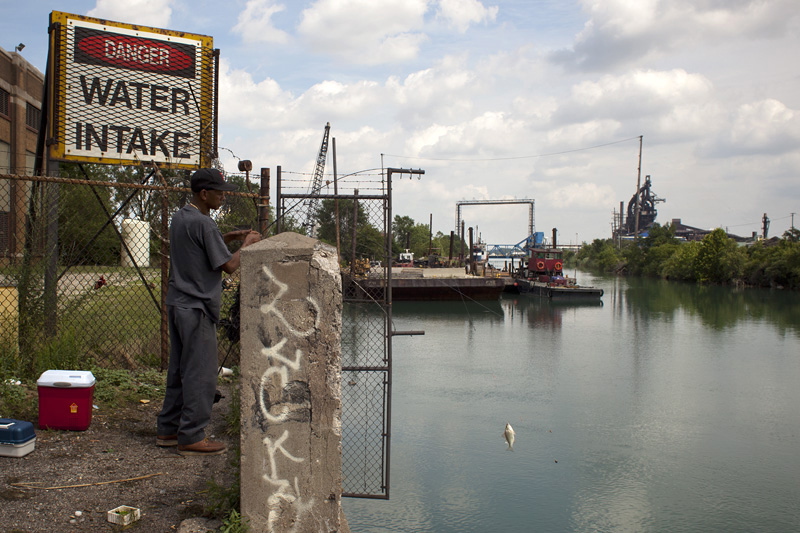 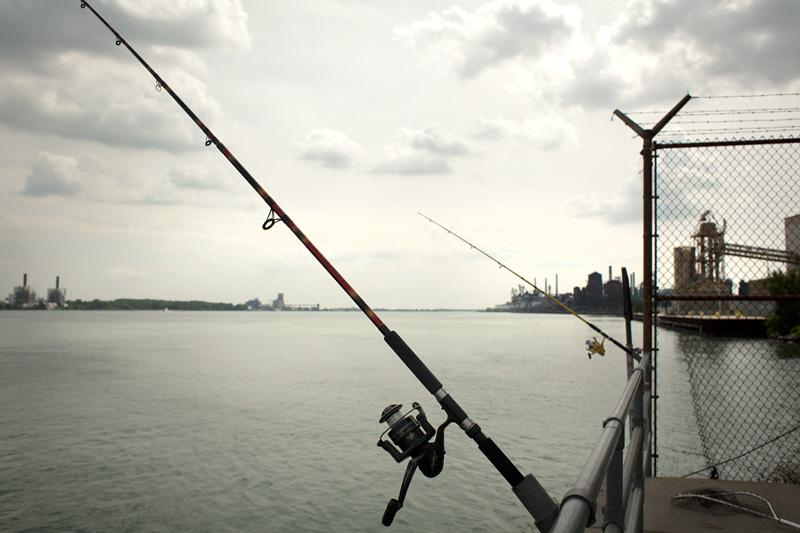 While driving through the Delray posting a few images for Full Circle, I eye-spied a few fishermen by the canal. This isn't any canal, but a shipping canal started in 1888 and finished for Ford in 1920, creating what is called Zug Island. If you've ever seen Zug Island you would understand my disbelief by folks fishing nearby. Zug is a black spot on the earth, land ruined from years of coal for steel production. Most were just fishing for something to do but there were a couple guys that said if they caught something big enough, yeah, they'd eat it... ugh, Zug. There aren't fishing rules here like in NYC, basically any open waterfront is fair game to fish and all along the way you see folks sitting and waiting. Just hard to believe with all that open waterfront this is the spot they would fish. It was peaceful I suppose.
Labels: delray, detroit, fishing, zug