Where did you sleep last night? 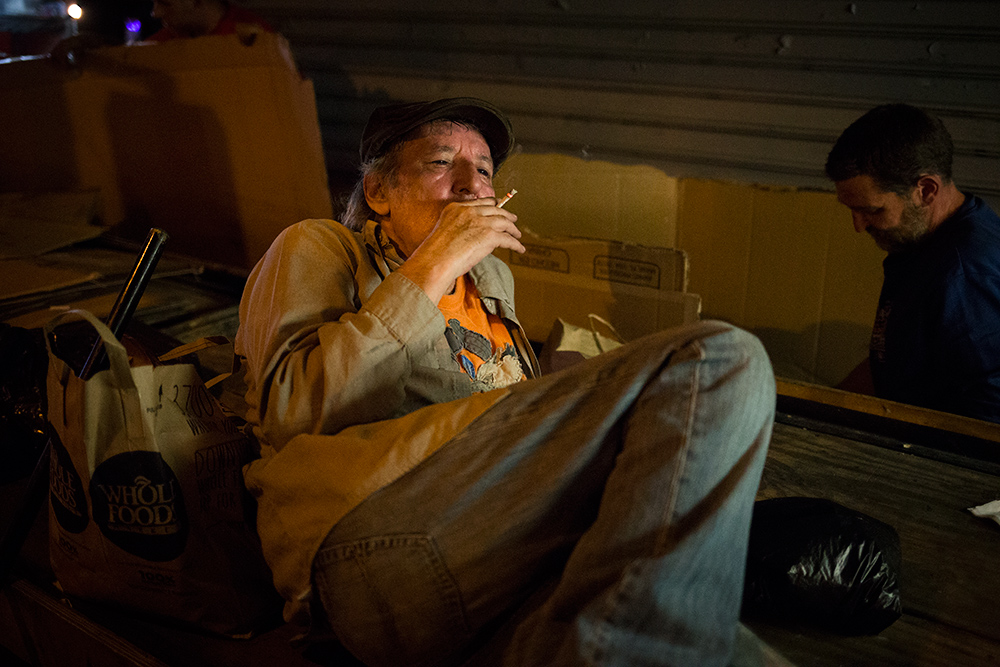 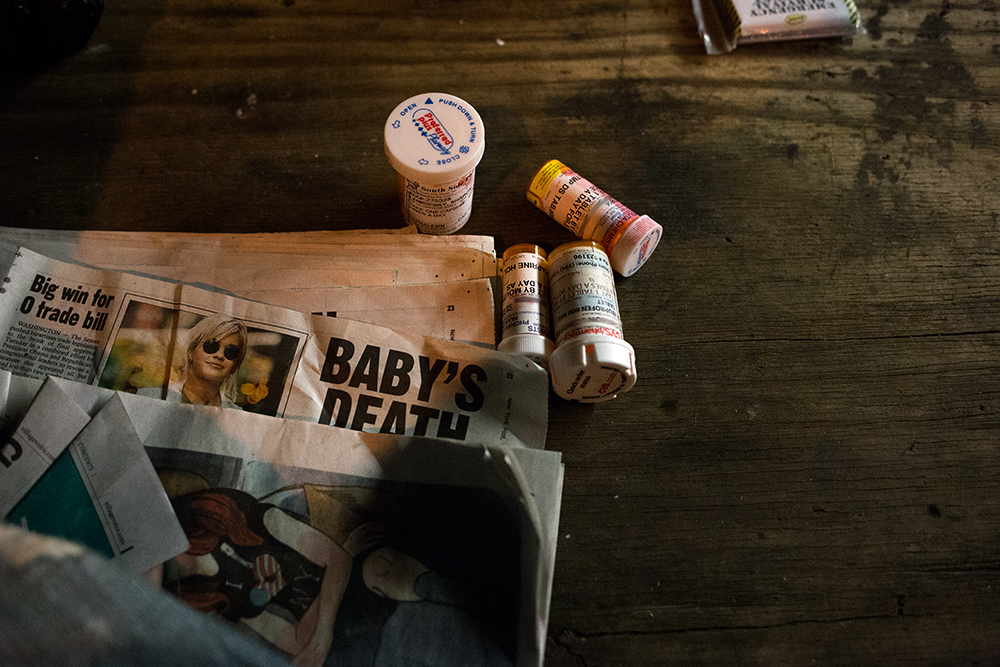 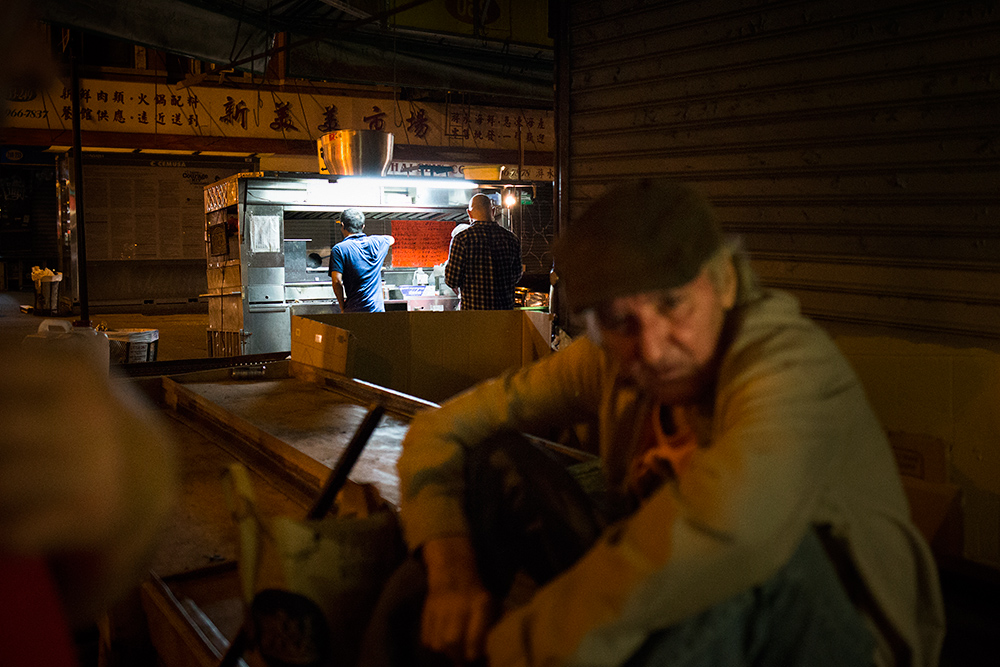 I pass this corner every night on my ride home. Usually it's right after work and the market is still open - crowded with shoppers, tourists and an older chinese woman selling Zongzi. This night was different, it was much later and everything was closed minus this food cart. I noticed these 3 men folding cardboard boxes. At first I thought they were doing the recycling for the market but then my brain woke up and I realized they were setting up their home for the night. They tell me they've slept here for years, that the shop owner allows it as long as they are gone in the morning. They have to be up by 530am to pack up their goods and clear out - all their boards, their blanks, mats, clothes, etc., back into the packs and hidden out of site at another venue. The Chinese guys look out for their goods during the day, and they watch over the corner at night.

All three had different stories of how they ended up on the street... (JJ) loss of a job, (M) illness, (J) jail. It's never one thing but many little things adding up. (M) is on multiple meds for his heart, he used to pick them up daily because every time he got mugged they took all his drugs. It was easier to get them daily. Think about how NOT easy that is. Currently he keeps a weeks worth at a time on him. So far that has worked out ok.

Once again, stereotypes of homelessness are misleading. Only 1 of the 3 drink, none of them do drugs. As I stood with them a few less then sober folks stopped by asking to stay nearby for the night. They always shooed them away. It's hard on the streets, it's just as hard sober. All three were so generous to talk and allow me to photograph, they just asked I didn't put them in the paper. No worries. Everyone was ready to sleep and as I put the camera away I noticed (M) roll down a tarp over the subway sign... "it's too bright". Their own dimmer switch.

I passed by again last night, earlier then this night and they were all set up and soundly sleeping. Incense burning to cover the stench of the fish market, ear plugs in. So goes life.
Labels: chinatown, Homeless, nyc, Streets