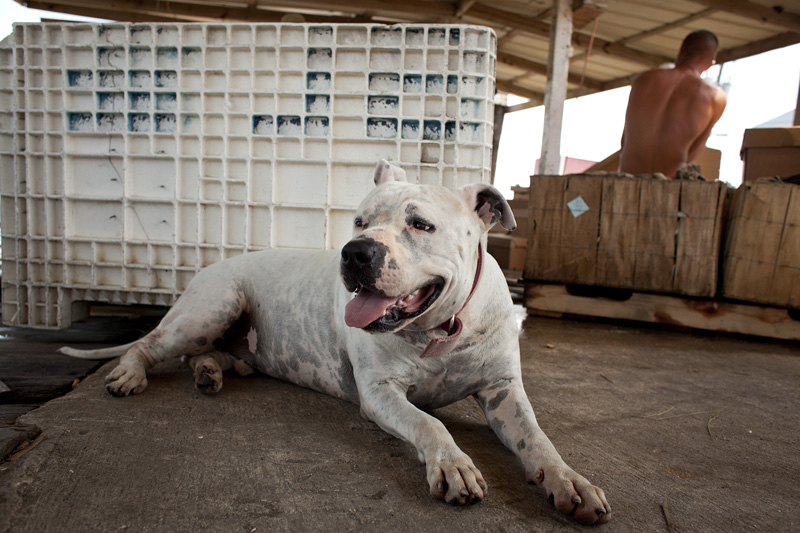 Take a look at Alluvial City on Google maps. There isn't anything there but blank spots where homes stood. They were hit by Katrina, Gustav, Ike and Rita. Recovery is a bitch and now they are dealing with the oil spill. We drove to the end of Hopedale Road looking for oil but all we found was BP and the National Guard. Couldn't get anywhere near the water and since I wasn't looking for a $15k fine, I turned around before they could ask me what I wanted. On the way out we talked with the Charter Boat "Dude", they are still going out but maybe 5 boats a day instead of 15, and yes, he has an attorney. They all do. I hoped to get a ride out but they were on BP's clock so that couldn't happen. They told me the oil is out there, 2-12 miles off shore, lot's of it, around the barrier islands and floating nearby. The small boats mostly transport folks from shore out to the cleaning barges and back again. As we made our way out of town I spotted the folk up above actually working on something other then oil so I had to stop and talk. They are allowed to crab in a small designated area but that is it, yesterday's catch included a tar ball, a souvenir for now. The stories are often the same and the big question is always about the dispersant - not the oil. What is it doing to the food chain? How many years until we see the affects? Our ocean filters the Oysters... how do they filter dispersant?
Labels: alluvial city, bp, fishing, Louisiana, oil, Roadtrip