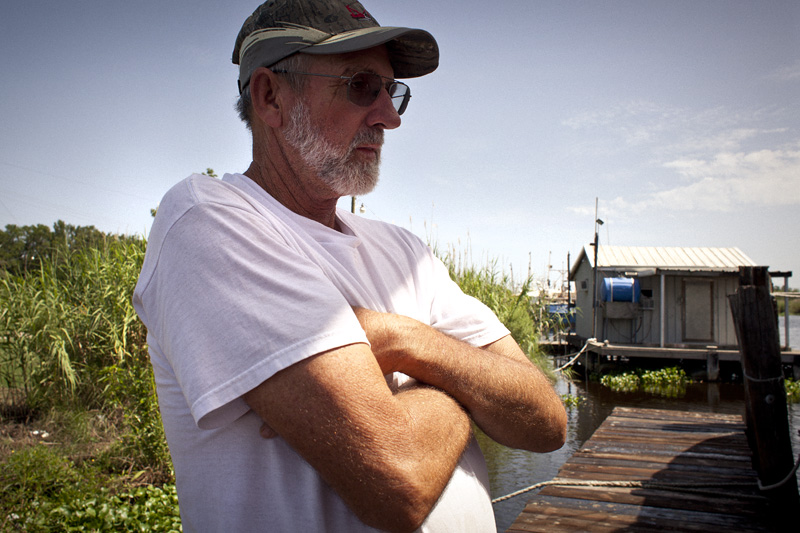 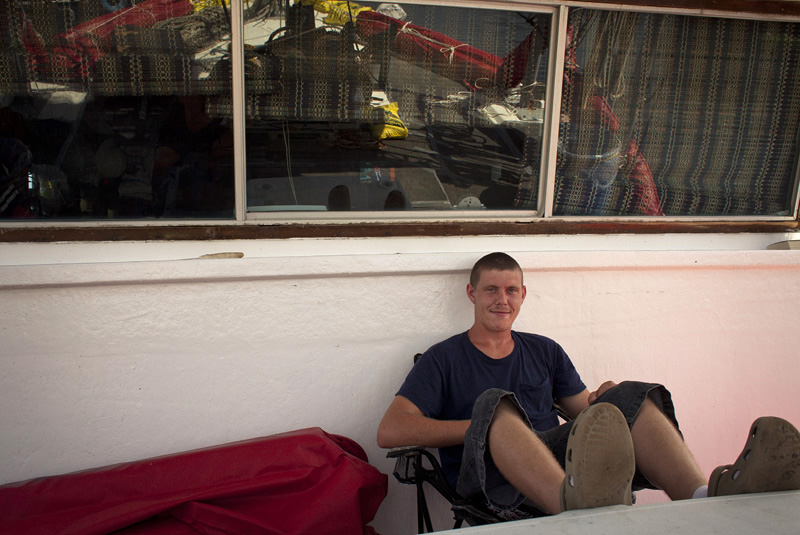 Rita
Katrina, Rita, Ike, Tony, etc. - after reading about the Michigan oil spill, I hope we don't start naming spills. This one would politely be called Tony, but there are much stronger words used. Dulac is a small shrimping community near Houma where a large percentage of the boats work for BP now. They aren't allowed to do anything but man the boat since they haven't taken the class to move the oil soaked booms correctly. BP trained workers come in the morning and do the work, Curtis just drives the boat. He said BP has been very good about paying him but it's not enough, that the rules change daily and no one is ever sure what the day will bring. The shrimp in the lake are big and he wants to get out there, but the waters and the marine life need to be tested again and again before they will let that happen. Many of the fishermen go out and just pay the fines, anywhere from $2k to $4k. Seeing BP only pays about $2k for a day of sitting, it's a toss-up.

Katrina didn't hit Dulac but the follow-up Rita destroyed it. Many of the homes sit waiting for demo. Eventually a crew comes and takes the Cypress beams for reuse, then the demolition crews tear down the rest. A very slow process, that again, after 5 years, seems ridiculous. The feds have decided the best answer is to lift all of the homes so they won't flood again, all along the road you see strange sights of trailer homes 15 feet in the air with elevators on the outside, too many stairs for most and look like if everyone moved to one side they'd tip... the feds did the work, I'm sure it will hold just fine.