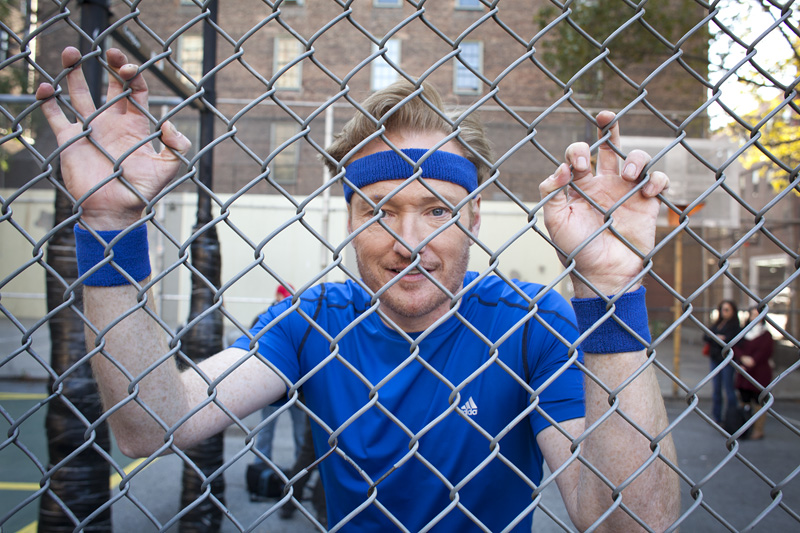 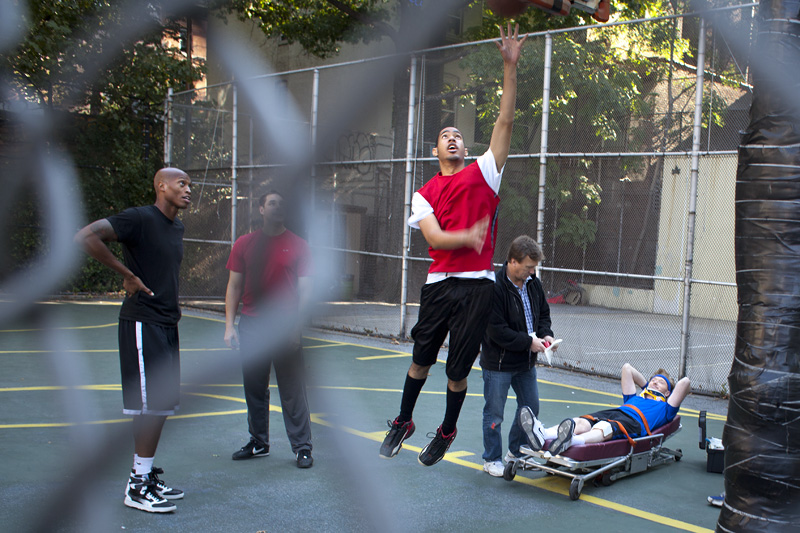 Took a ride by the Apple store on Prince Street in honor of Uncle Steve, not much going on but folks taking photos of people taking pictures with their iphones of a small memorial. That was weird so I rode on when my gawker eye spotted an ambulance at the basketball courts on West 4th. You know I had to look to see what happened when I noticed who they were carrying off the court! Smile! Conan! He yapped with a few folks and happily let me take a pic of him. It's amusing to hear what people say to famous folk... my fave was, "When I get back to my office I'm going to play 6 Degrees of Kevin Bacon! I always do that when I meet famous people!" Conan just smiled, "I was in Footloose." a little more laughter then, "...it's kind of easy when I interview famous people for a living." aww man, that made my morning.
Labels: awesome, bike, Conan, West Village