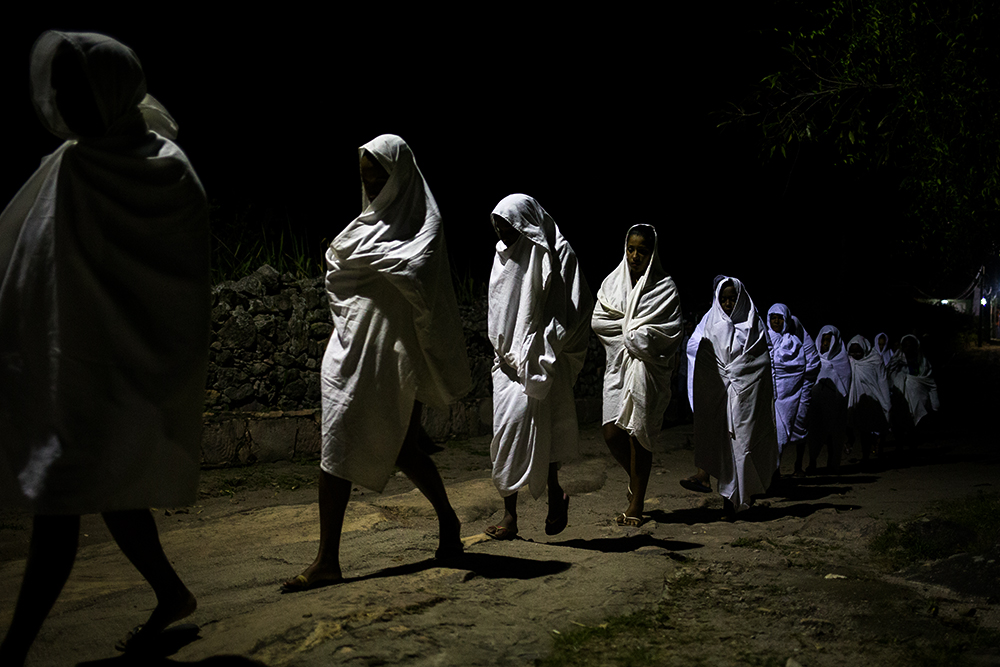 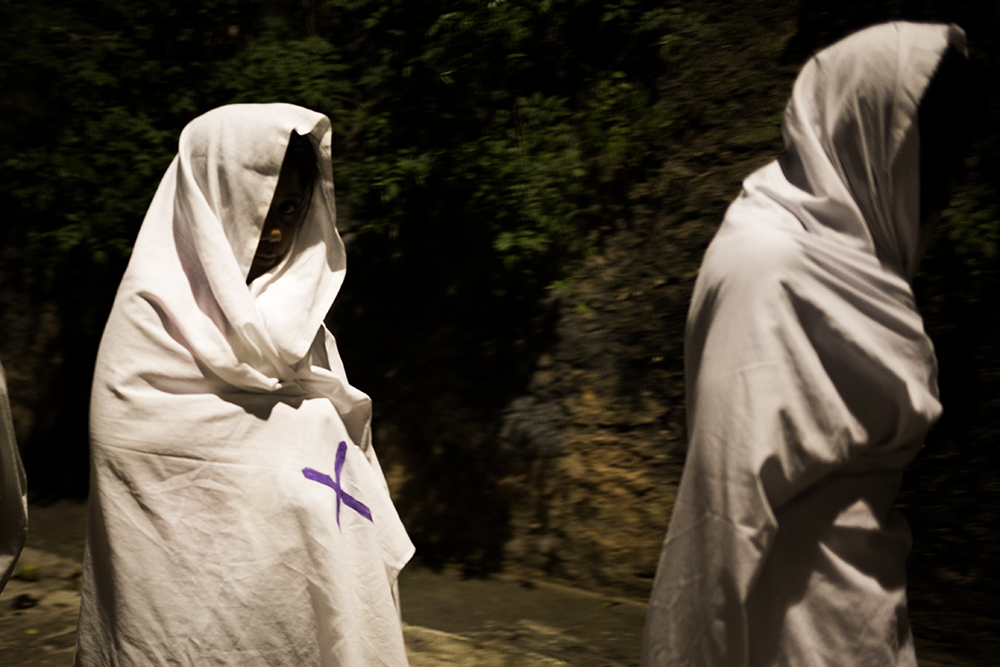 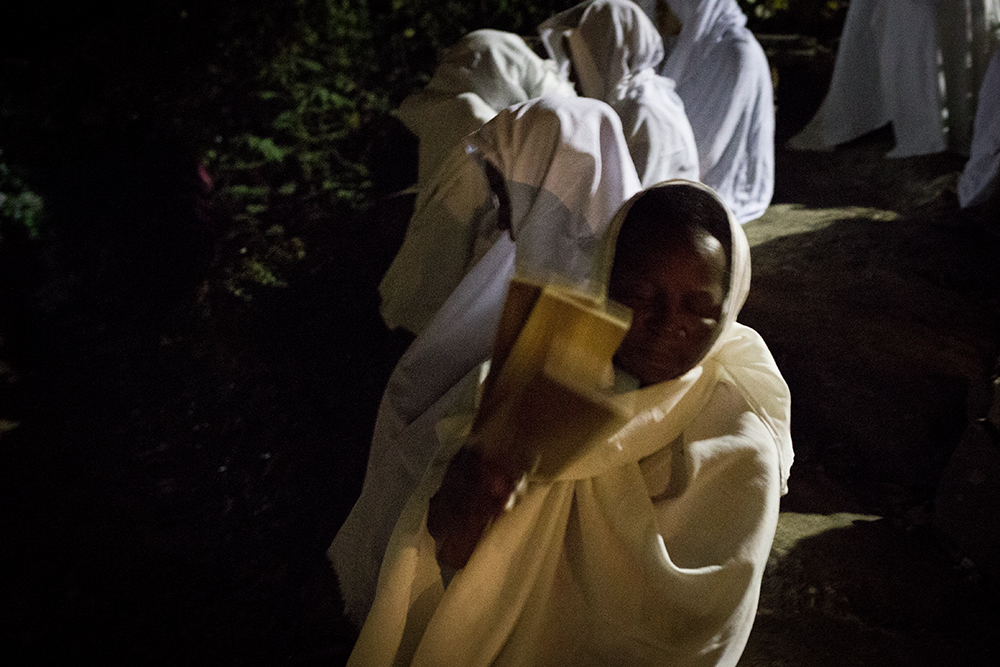 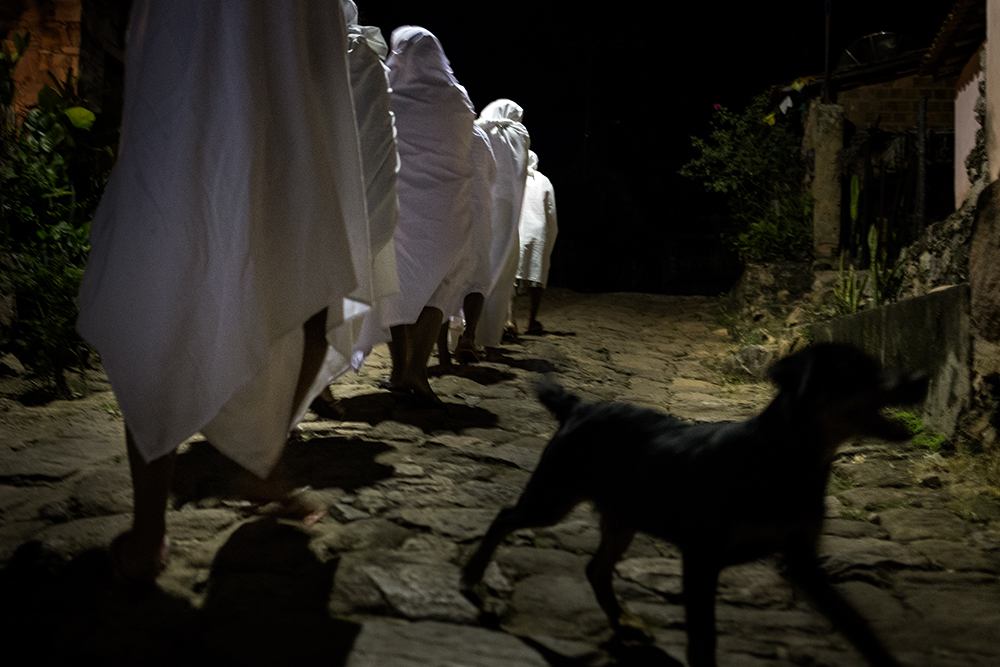 Ternos das Almas translates loosely to Suit or Group of Souls. From the top of the mountain, through the streets, ending at the Church of Saint Sebastion Igatu - women draped in white sheets sing songs of mourning during Lent. As an American, the symbol of white sheets has an entirely different meaning and I found it hard to see beyond that, but this is different. This is a traditional penance made ​​in honor of the suffering of Jesus and all those that are no longer with us. I found this video where you can hear the songs:


Even with a digital camera that can shoot at ISOs unknown to film, this was very hard to photograph. I struggled to focus, struggled to compose an image that was slightly interesting, and both nights wandered off because of it. 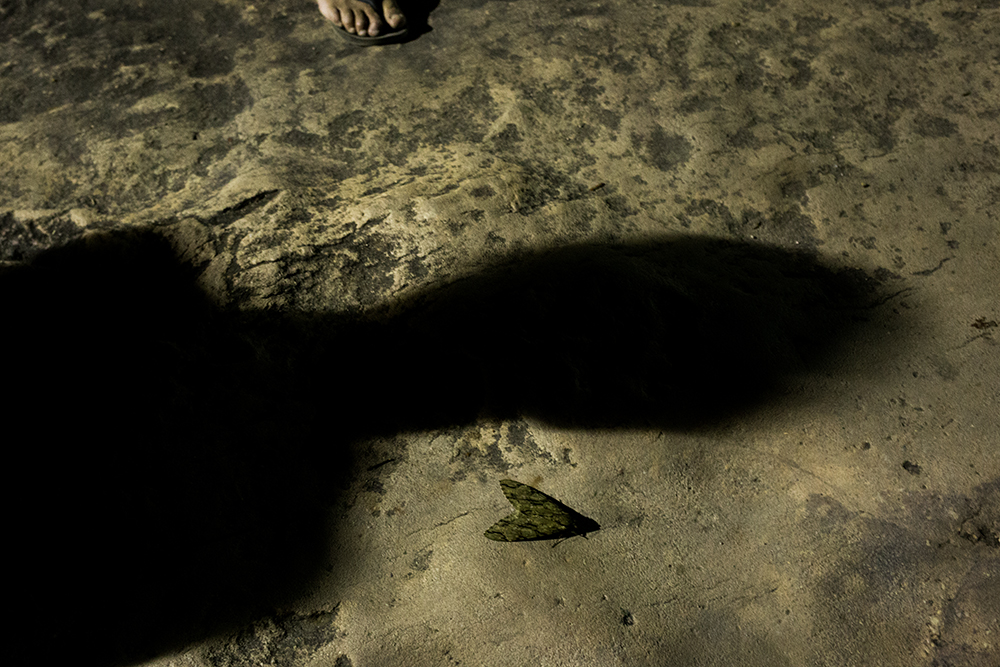 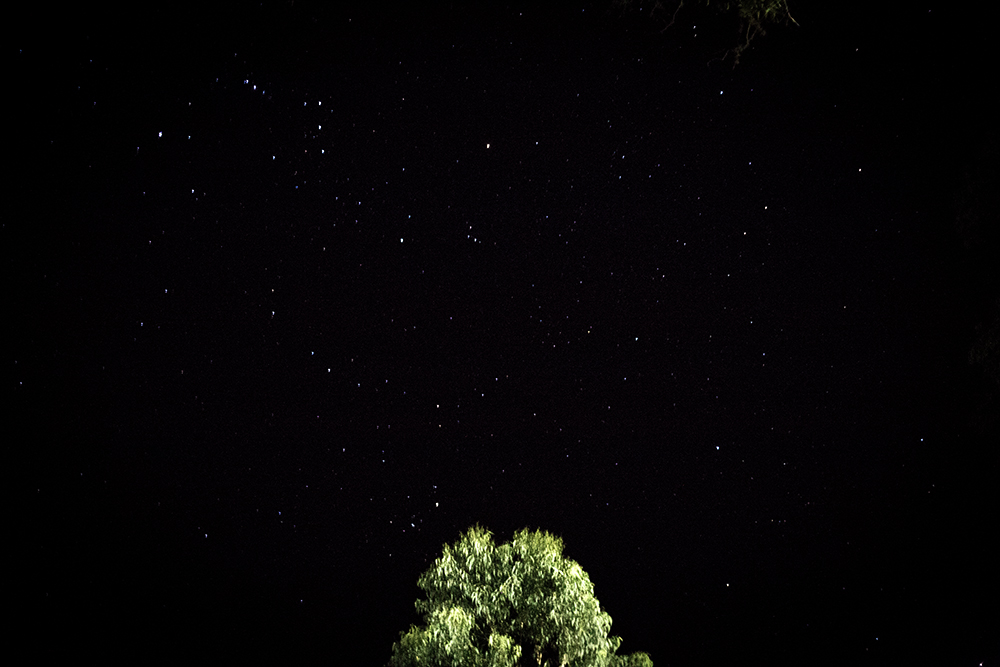 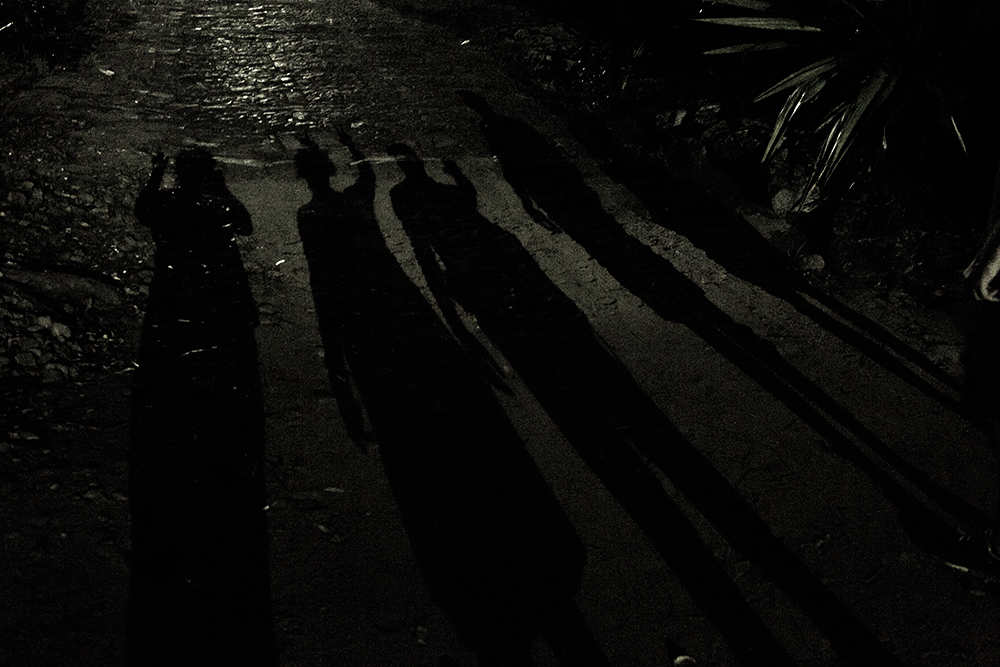 I probably should have pushed myself harder to get an image, but with little to no light it was really difficult. I haven't found a "great" image of this anywhere. My images aren't even good, but they remind me of those last few nights in Igatu and that's a blessing in it's own. Standing in the darkness, fighting off mosquitos, admiring the immensity of the stars that are never visible in NYC was incredible. The women were singing off to my right and I could hear someone talking in front of me but not sure where. It's as if he was right there but he was probably far up in the hill talking on a phone, or so I think. In the distance you can hear cheers from the football game on the opposite side of town. Igatu won. Friday night lights.

I'm still missing Bahia - the sunshine, the warmth, my friends... how I could I not. I've been listening to Edson Gomes while editing, which helps. As the weather man threatens snow on this first day of Spring, I recommend everyone listens - turn it up, close your eyes and enjoy! -g