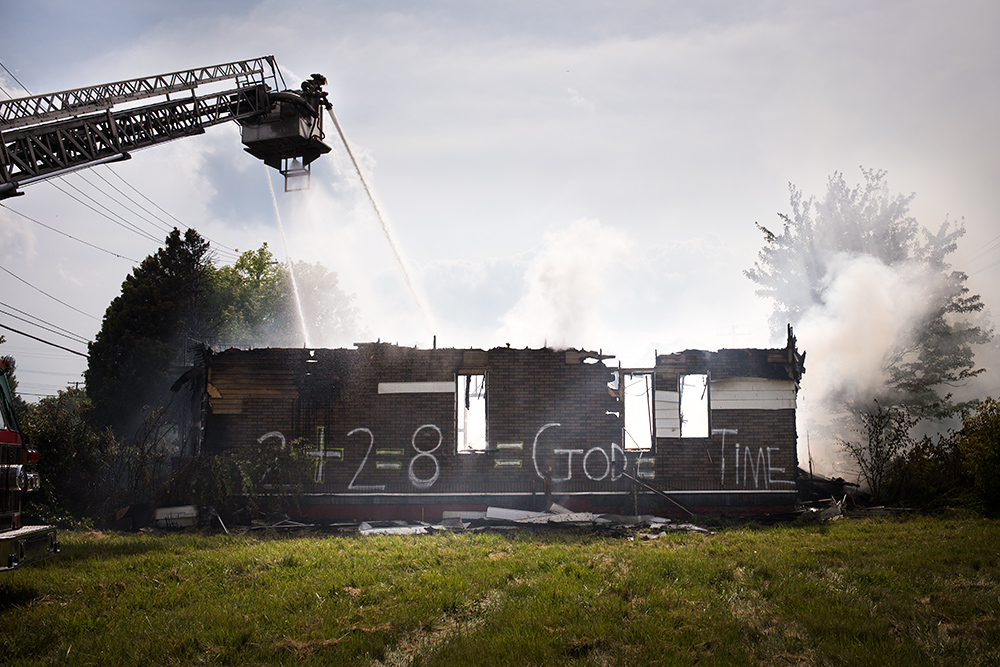 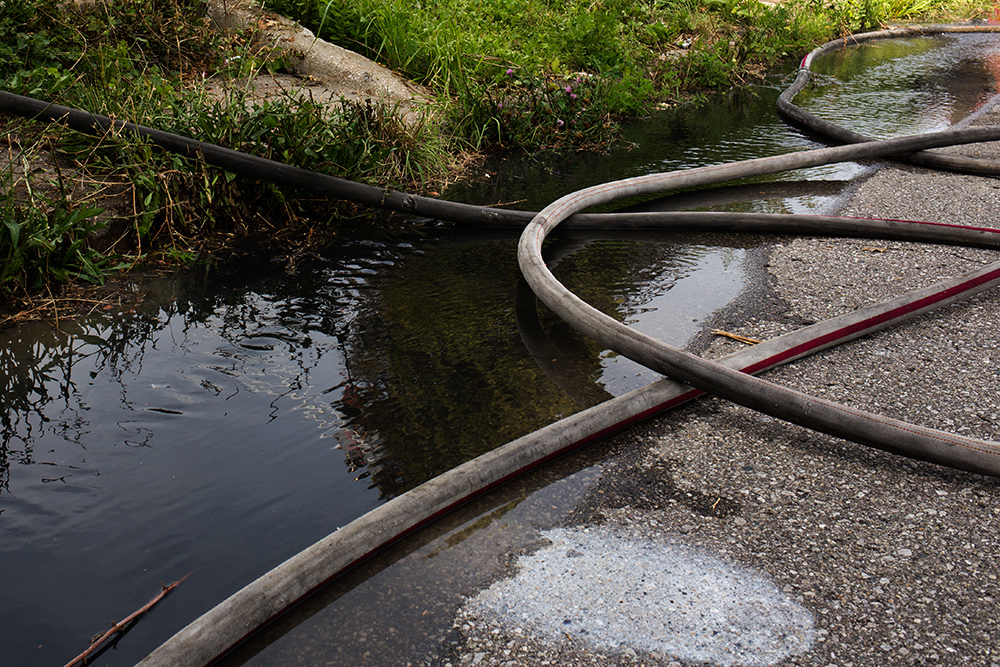 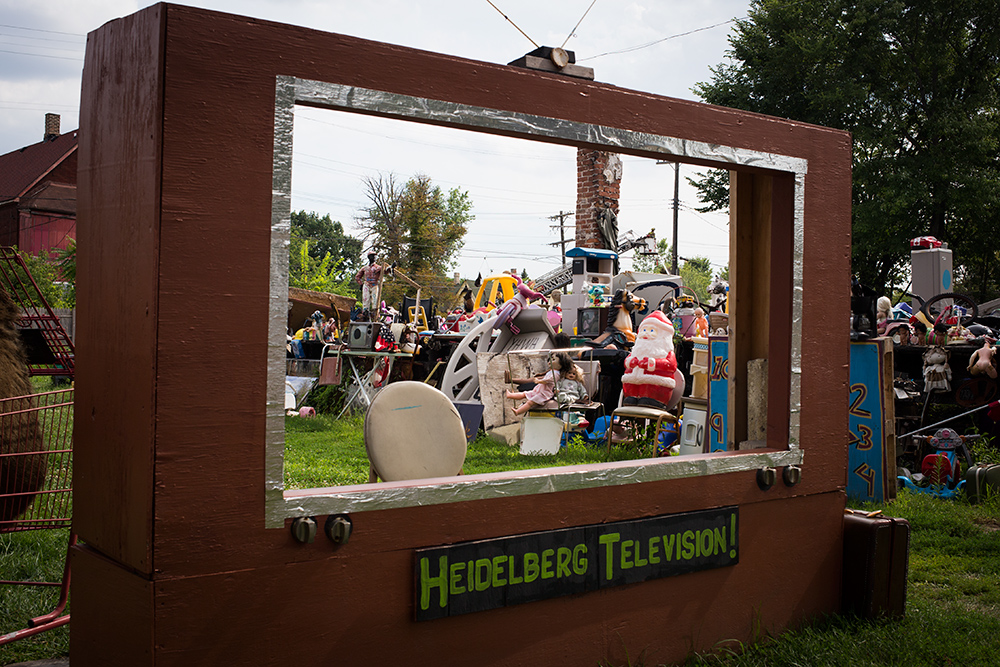 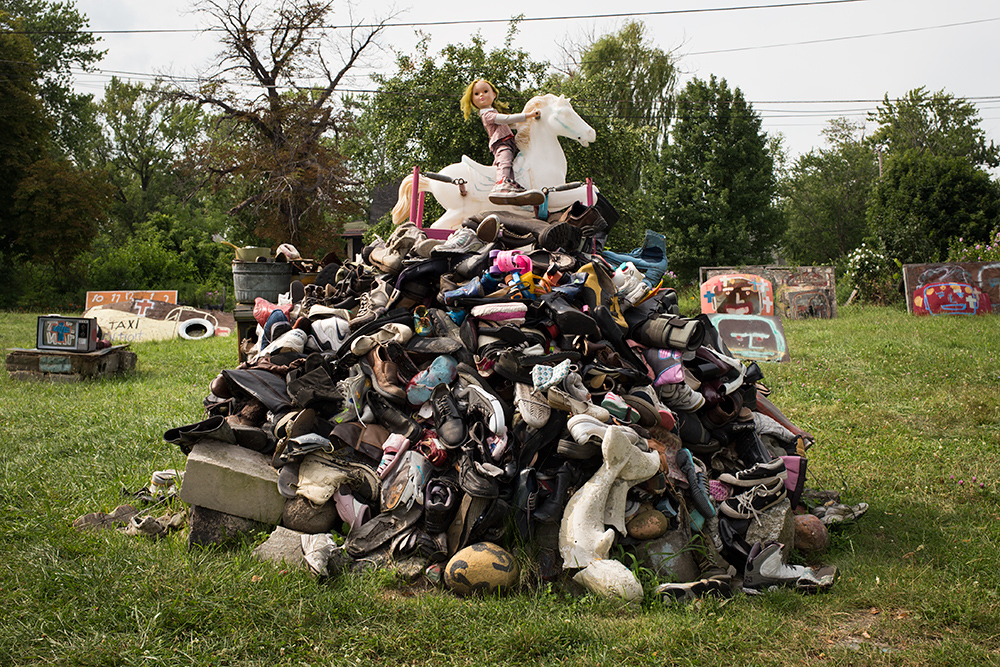 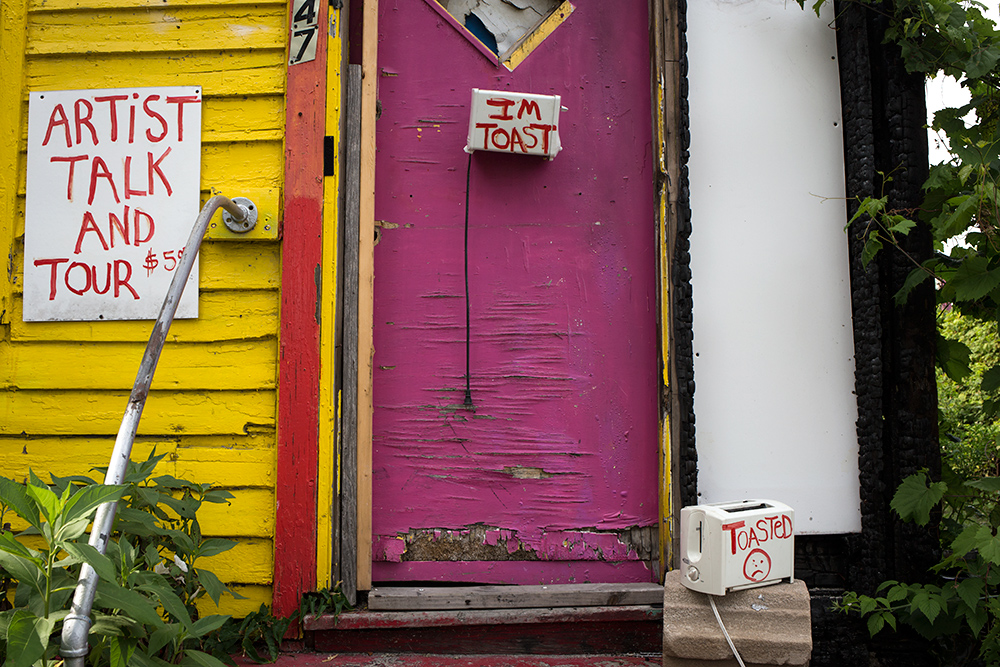 We saw the smoke and helicopter and decided to go see what was burning. When I lost sight of the smoke I decided we should just head to the Heidelberg since we were nearby. Soon as we turned on Ellery I saw all the trucks and my heart sunk thinking it was another of Tyree's creations. The house was not part of the Heidelberg Project, it was on Benson one street over, but Tyree had added text to the side of it. I asked the neighbor next to this house if he worried about his own house getting hit by arson, he felt that only buildings with Tyree's markings on them are the target in this area. For his sake, I hope he's right. I don't understand the animosity/jealousy/anger towards Tyree's work, but if that is true, I fear they might all burn.

The last pic is from another artist that has/had his studio on Heidelberg Street - Tim Burke. Recently someone had hit his building with arson as well. His side lot where all his sculptures are was fine, but the house took quite a hit. More info on his website - http://www.detroitindustrialgallery.com/
Labels: arson, Benson Street, detroit, DFD, fire, heidelberg, Tim Burke