I’ve never read the Torah, nor the Bible, but the rituals of all religions intrigue me. From Bahia back to Brooklyn, I find myself using photography to understand our differences, I try not to judge but observe and learn. Tonight I found Kaporos in Borough Park.

This is my exchange, this is my substitute, this is my atonement.
This rooster (hen) will go to its death, while I will enter and proceed
to a good long life and to peace.
-The Complete Artscroll Machzor: Yom Kippur, p.4 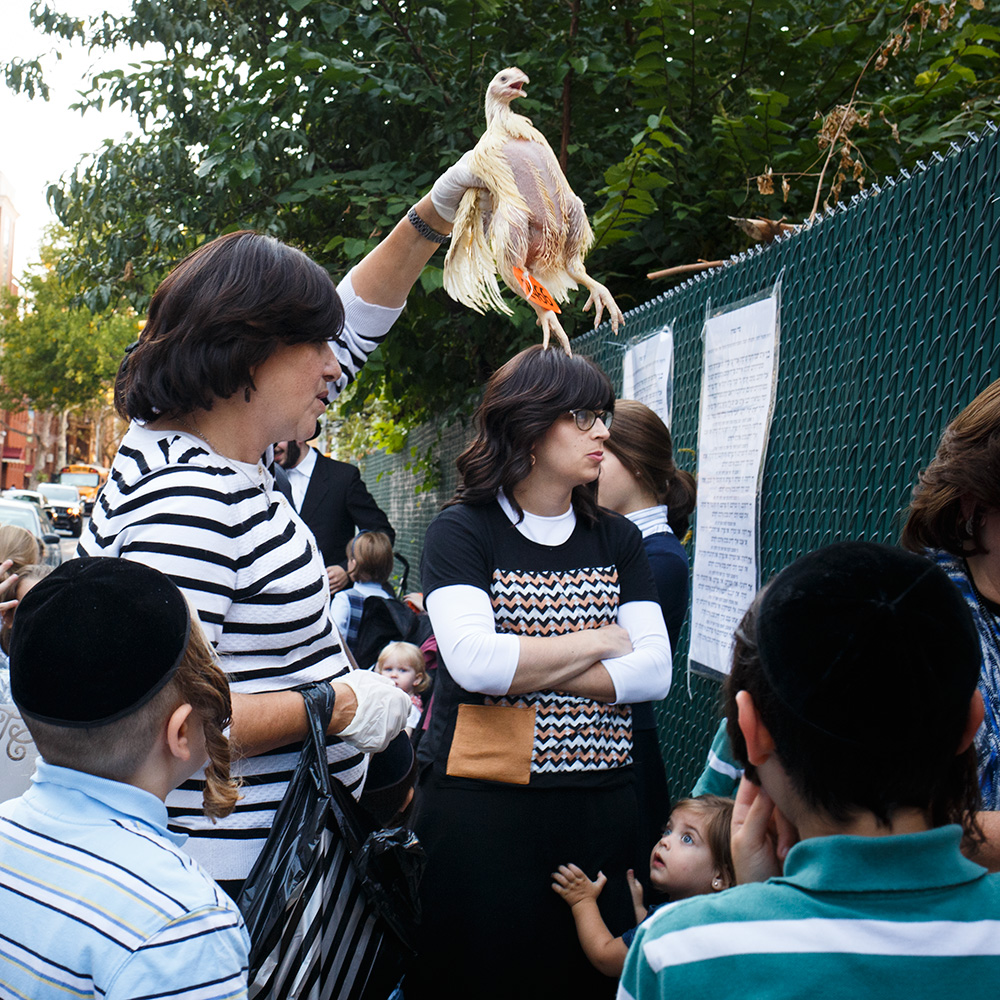 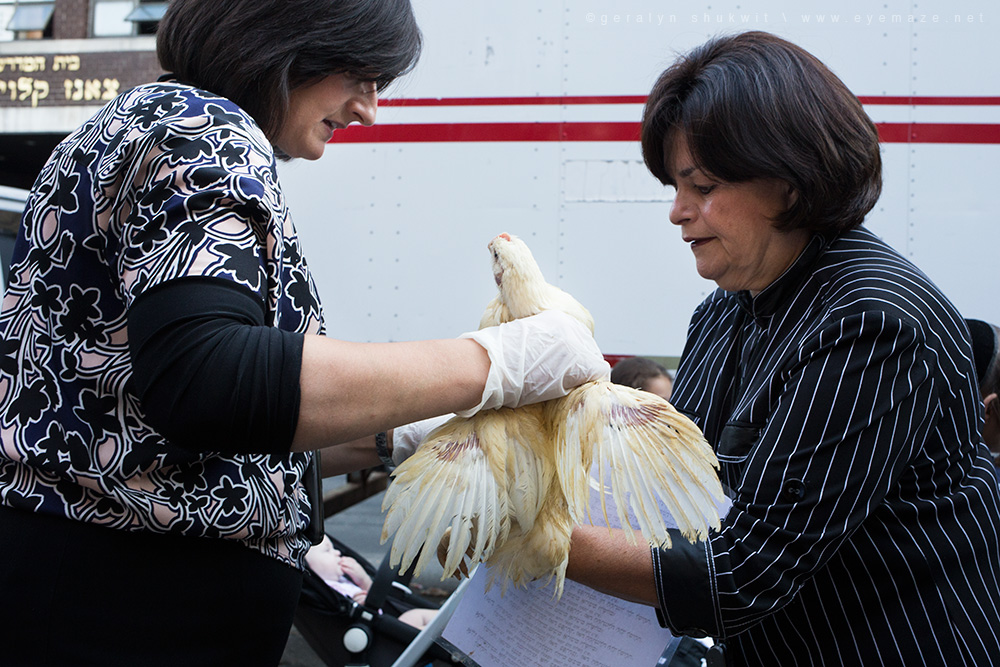 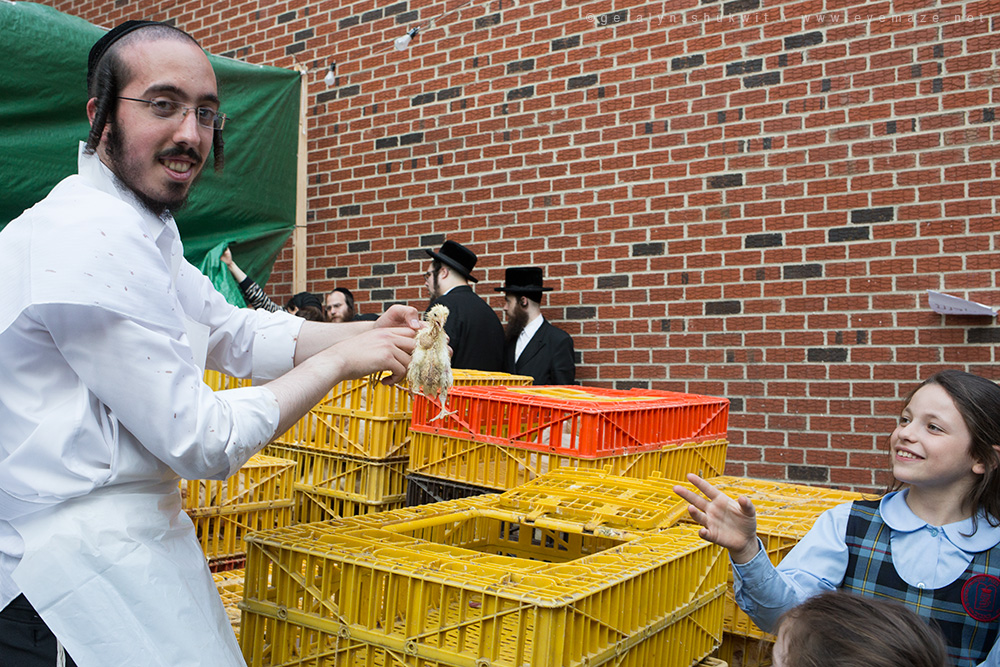 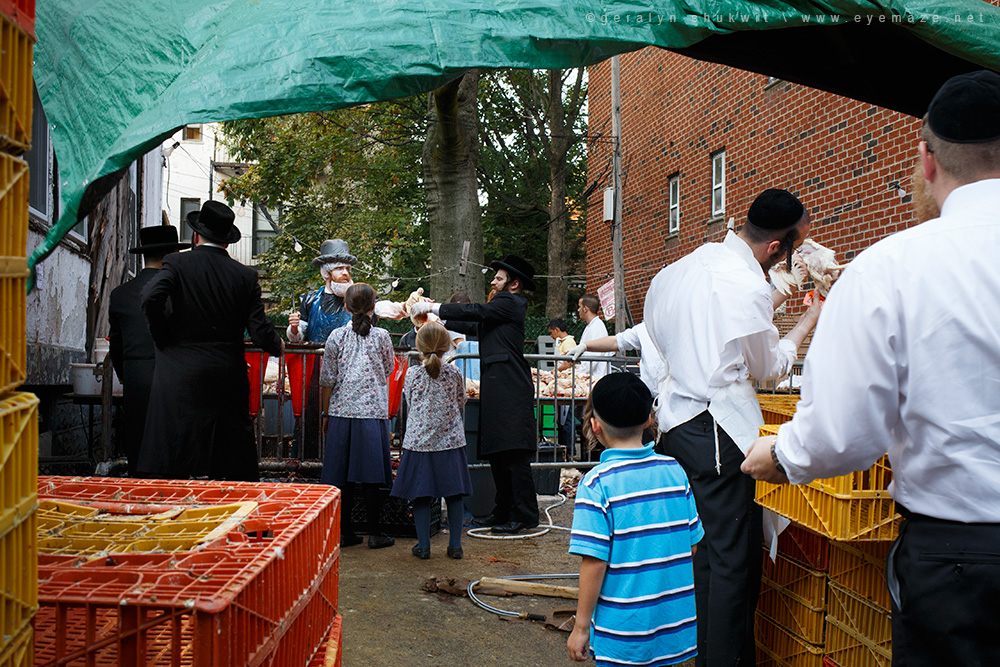 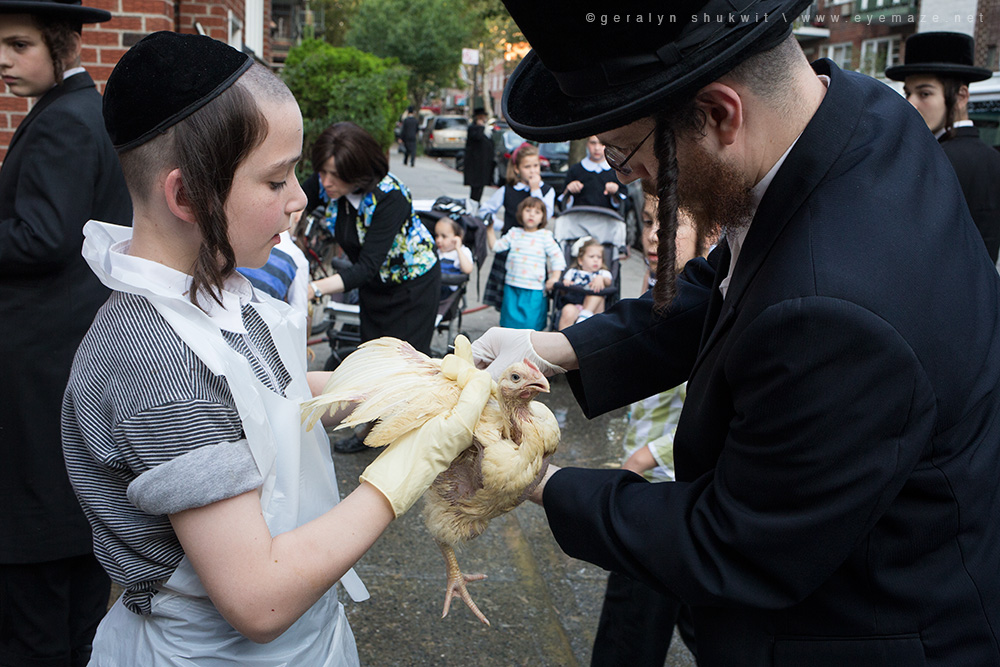 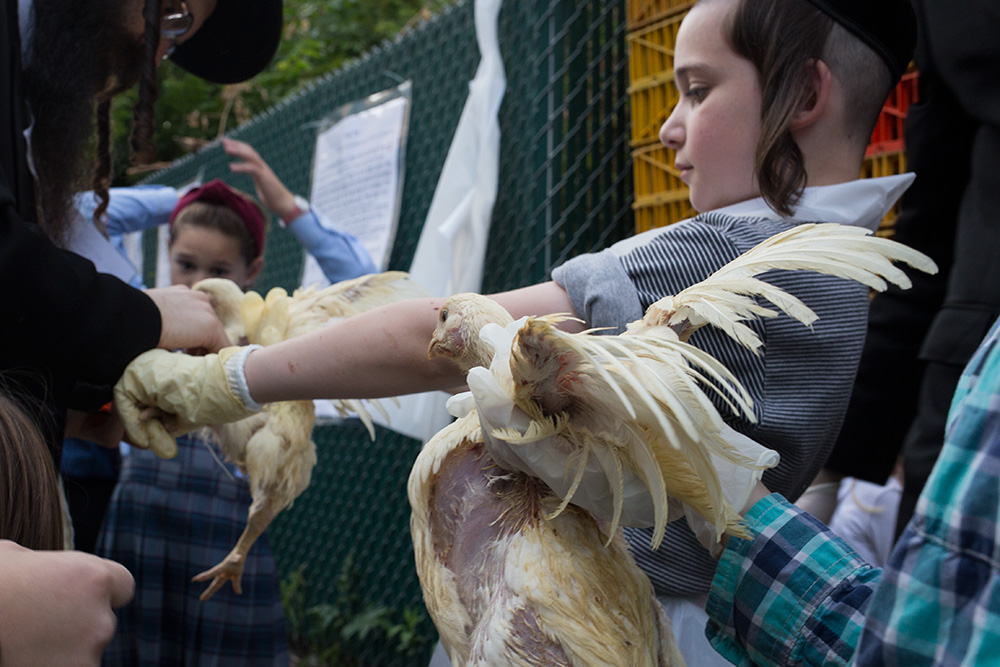 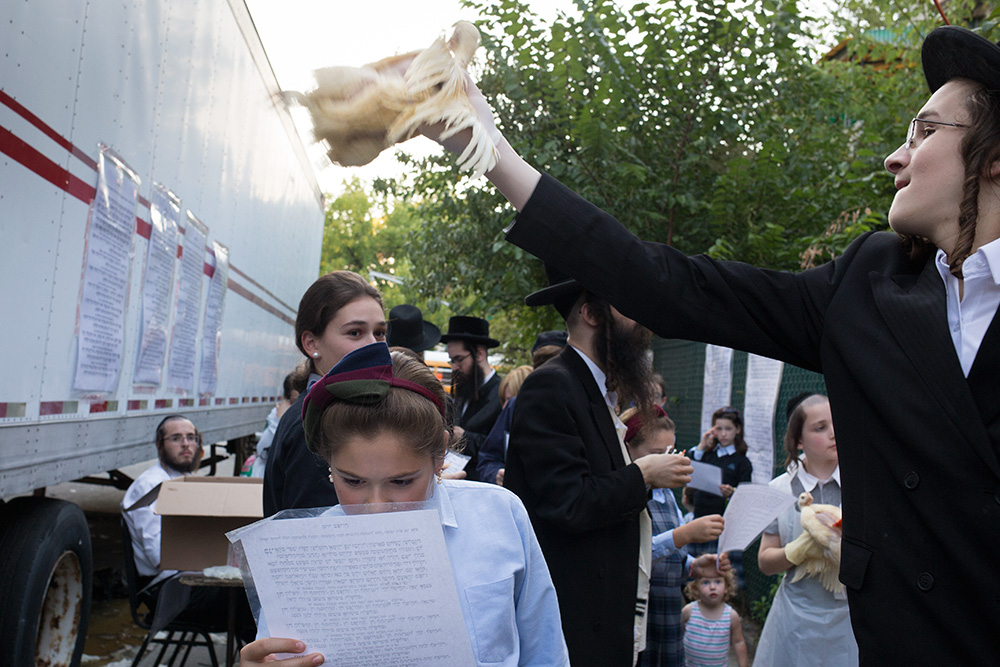 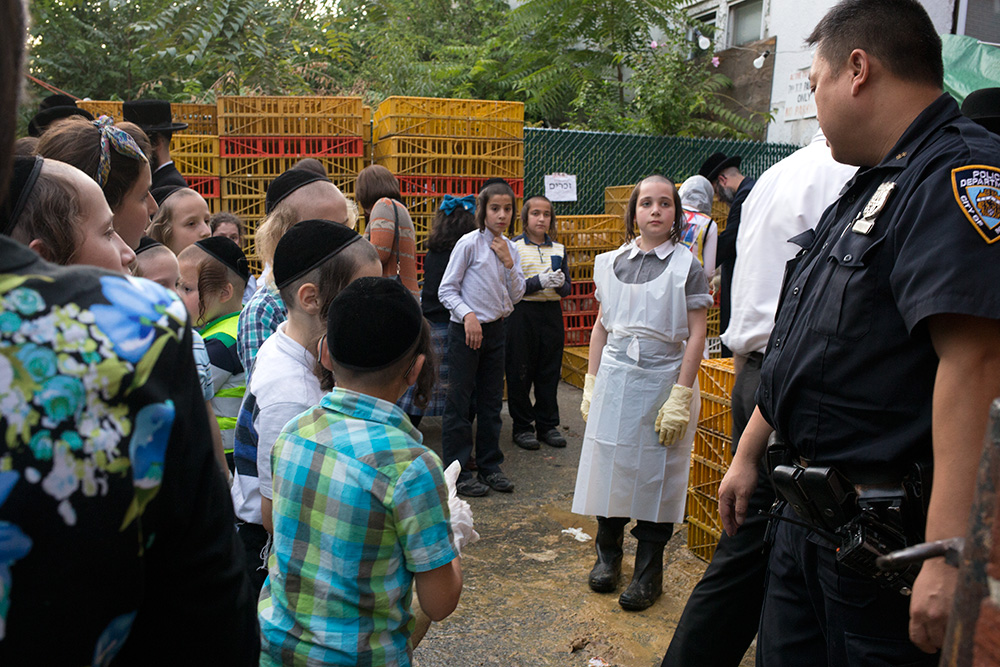 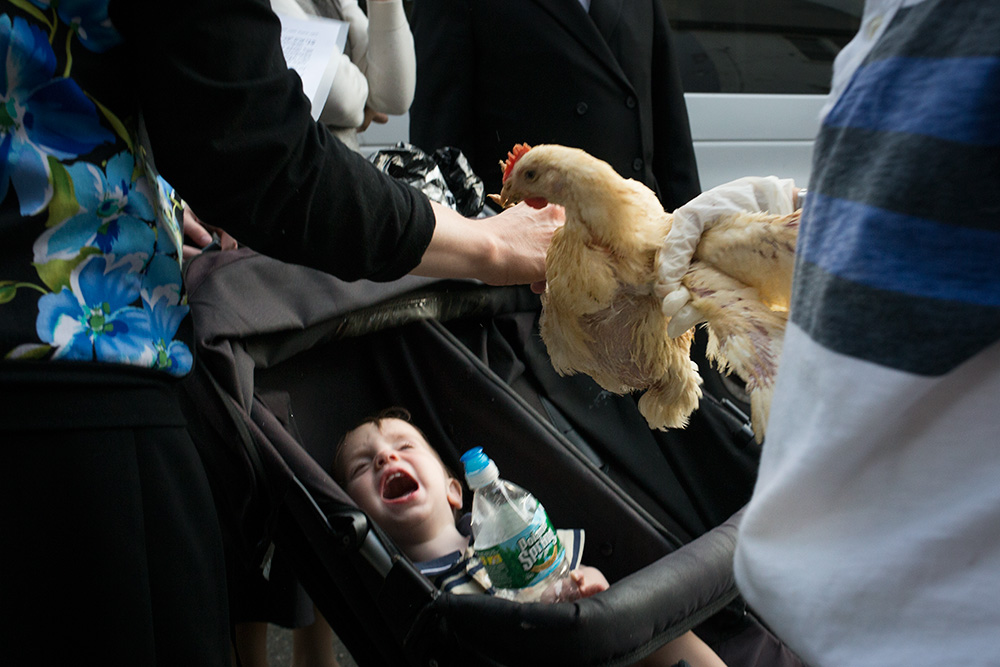 Kaporos is a Jewish act of atonement during the week prior to Yom Kippur. Here is Wikipedia's definition from Shulchan Aruch on the practice of Kaporos:

On the afternoon before Yom Kippur, the Day of Atonement of the world, one prepares an item to be donated to the poor for consumption at the pre-Yom Kippur meal., recites the two biblical passages of Psalms 107:17-20 and Job 33:23-24, and then swings the prepared charitable donation over one's head three times while reciting a short prayer three times.

In Brooklyn, Kaporos started today and will go through the eve of Yom Kippur. That is a lot of poultry, some estimate 50,000 chickens. At one point today, there was an argument between a protestor and the man managing the chickens about what the Torah says or doesn’t say. I can’t get involved in that end of the discussion, my biggest concern was the waste. Did the chickens actually get slaughtered for consumption or not? 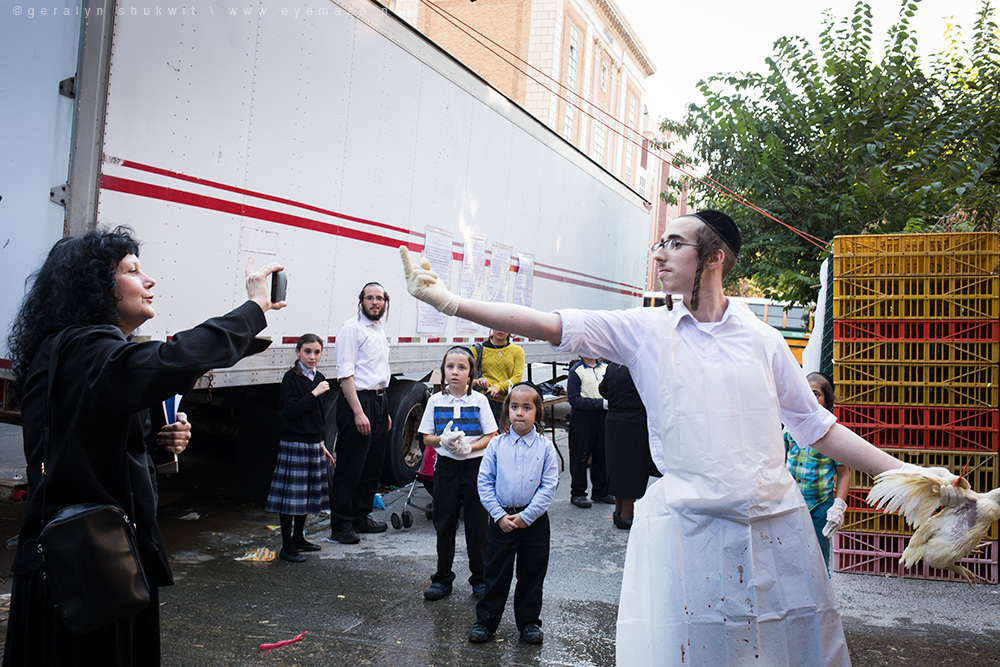 After doing some research on the history and practice of using a chicken for atonement, I would find it strange that they would eat their own sins. According to one translation of the prayer, their sins are transferred to the animal. So, then, wouldn’t eating it retransfer those sins back to you? Or maybe that’s not how it works. They do have the option of using coins that would be collected afterwards for charity, which is far more simple and cleaner, so I don’t understand using a chicken. Again, I’m not anti-chicken ritual, I just don’t understand and until I see the reuse of the meat, I feel there are better options.

wonderful photos and insight, thanks!