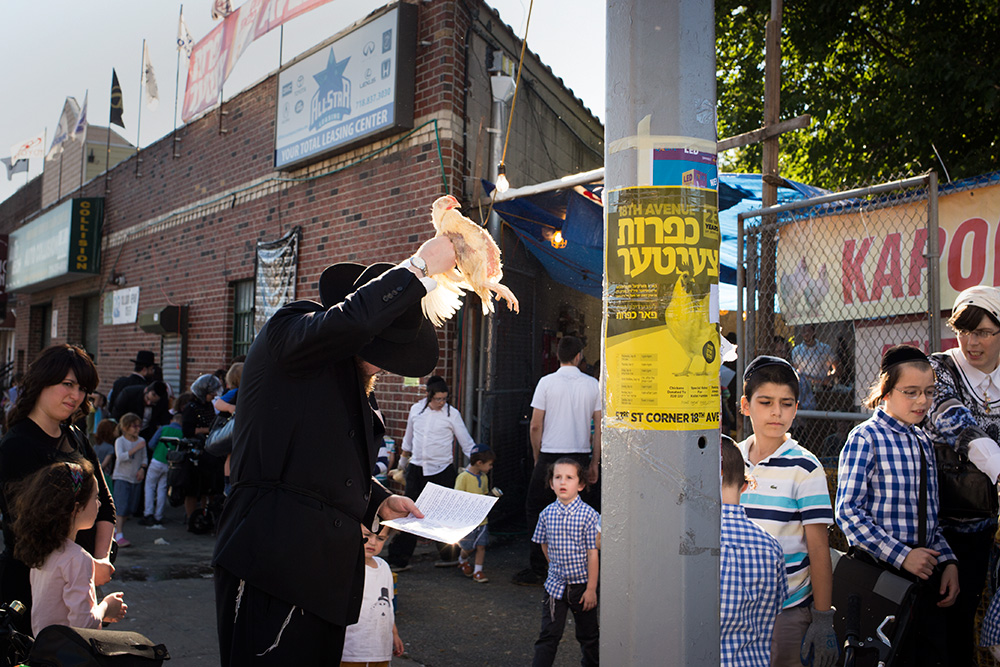 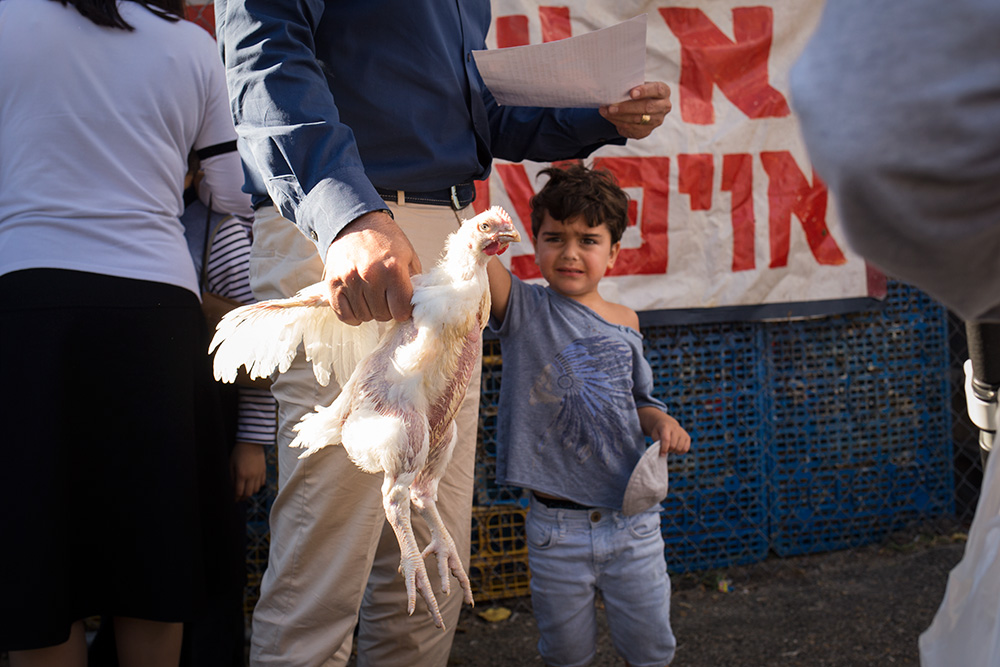 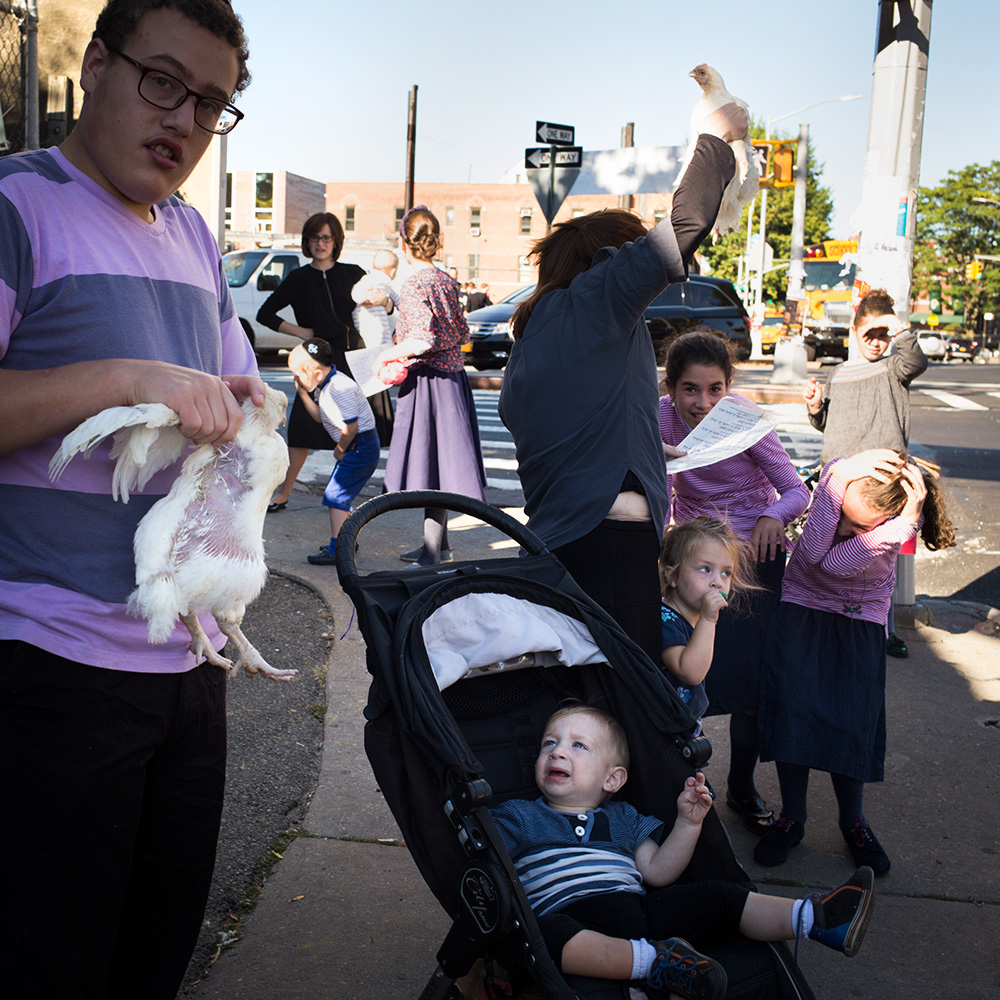 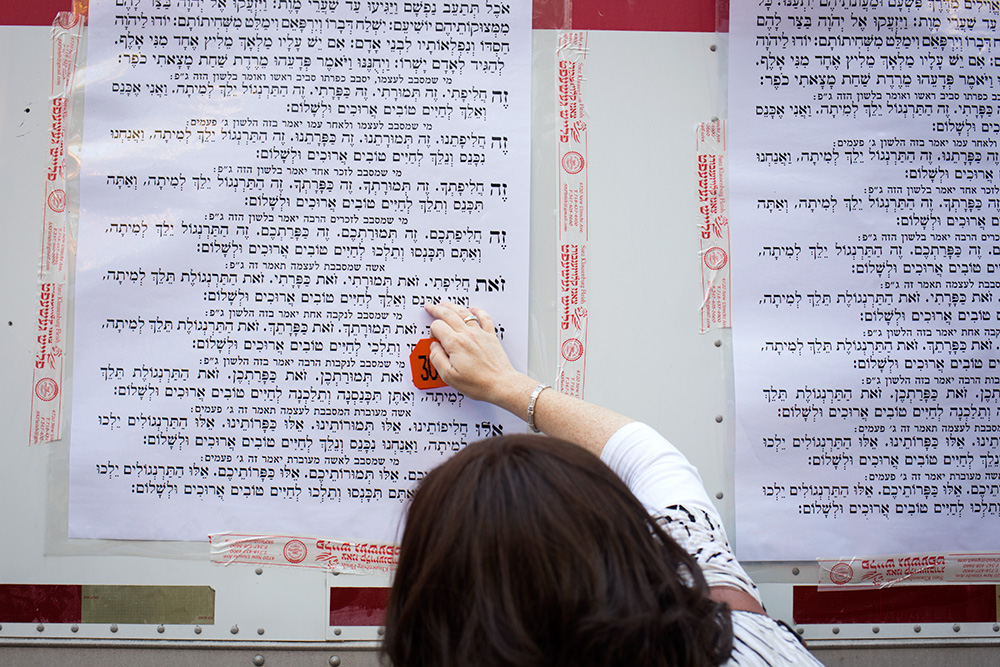 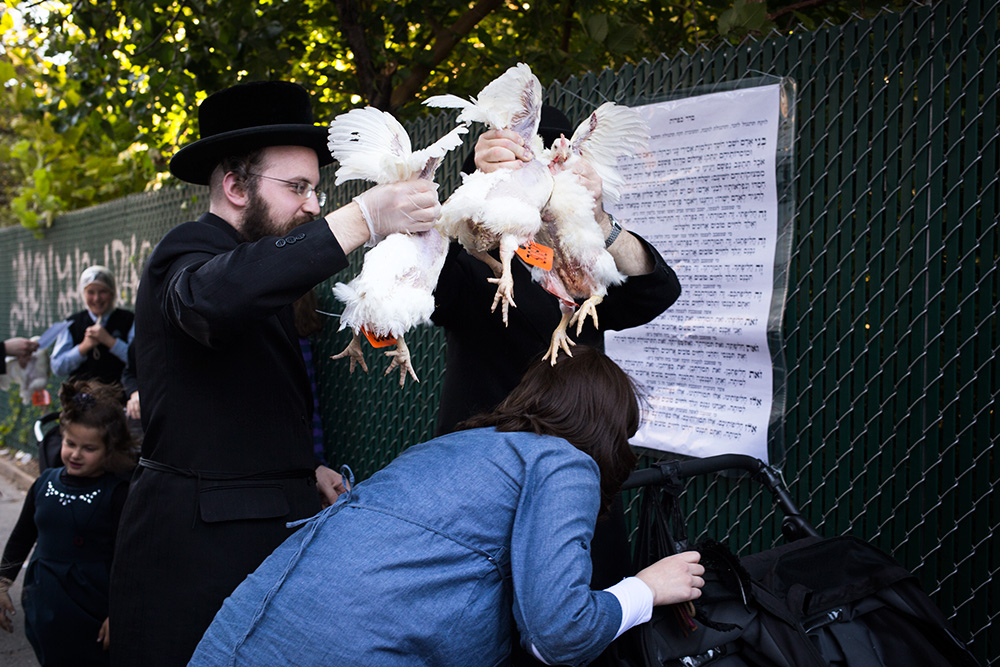 Yesterday I returned to the community where Thursday's controversial photo was taken. I knew they would recognize me, but I was okay with it. They were truly surprised to see me again, but after talking to a few folks they were mostly ok with it. Hey, everyone understands making a dollar. I returned because I really want to see the chicken after slaughter, it's important to me to know that the chicken is actually used, not just discarded like so many have accused them. I waited an hour, which was pushed to 2 then to 3 hours so by the time they might have allowed me to observe, I was too tired. Maybe that was the tactic, maybe it wasn't. I don't know, but the gentlemen that was helping me was really trying. Maybe I should have stayed... 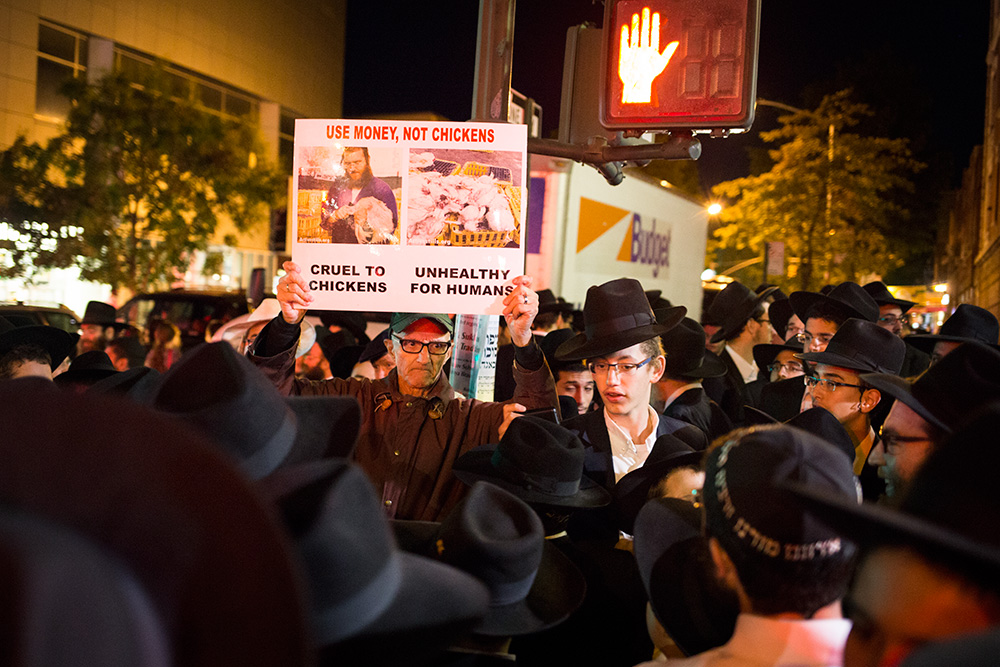 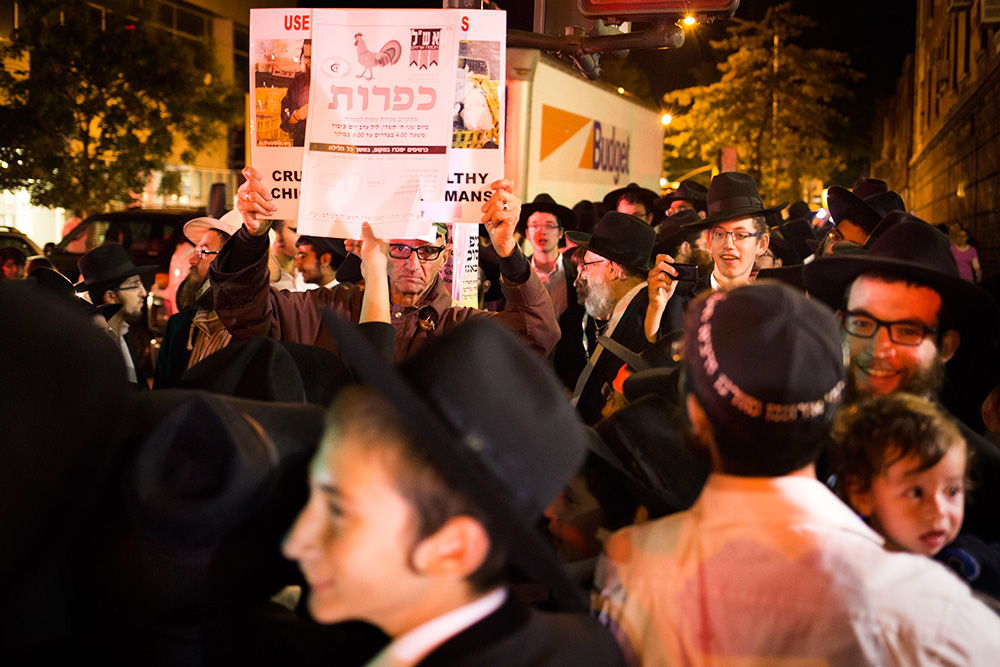 On my way home I stopped by the protest of The Alliance to End Chickens as Kaporos. A small-ish group of 30+ protestors who were drowned out by the sheer amount of folks out and about on a Sunday night in Crown Heights. Everyone was mostly respectful of each other, conversations were had with both sides defending their stance, some listened, most heckled. One elderly couple I spoke with didn't understand the controversy, especially in a world that eats a LOT of chicken. She used a chicken, he used coins. They were both vegetarians for a period of time after some bad chicken in Israel and witnessing the abuse of animals on a farm upstate... but that is easy to forget over time. If it hadn't been so dark by the time the protest started I'm sure they would have made a much larger impact.

I'm still not sure what to make of the ritual of Kaporos. In my heart, I wish this wasn't happening... but I do eat chicken. It's a hard reality when you see the animals we eat prior to a sterile package in the store. We need to respect all animals, whether we eat them or not... actually even more so if we eat them. They should live lives of honor, not cages of shame.
Labels: Borough Park, chicken, crown heights, hasidic, kaporos, Protest, Ritual

good on you G for keeping up with this! pity the chickens!!!

Thanks jack! I’m trying to keep an open mind. I’ve yet to see any chicken used, let alone butchered. Only the protestors have sent me images, and sadly they are dead in garbage bags.