Tim Haniszewski Jr. for the win! You can't even see his car as there was barely anything left of it. 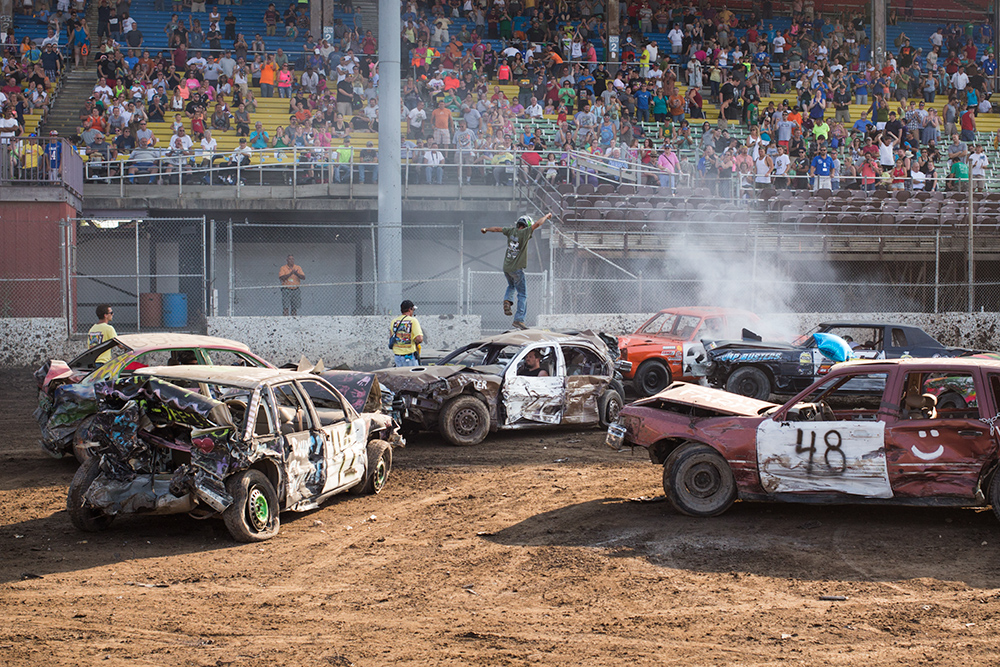 Tim won in a 1995 Toyota Camry, up against this beast of a Dodge driven by Michael Bruno of Saratoga. You know when the bully or bad guy comes out in a movie, bigger & stronger then most... but then the little guy still wins. It was a lot like that. Every time this car revved-up you knew it was going to hurt! Even without a back tire there were some impressive burn-outs, what do you call that in the Derby world? 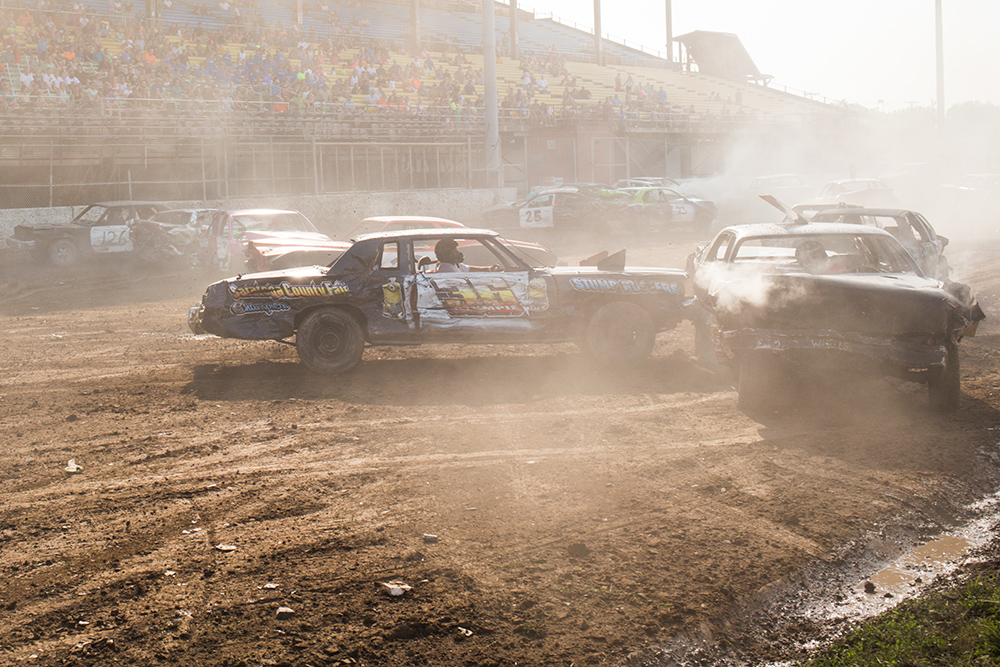 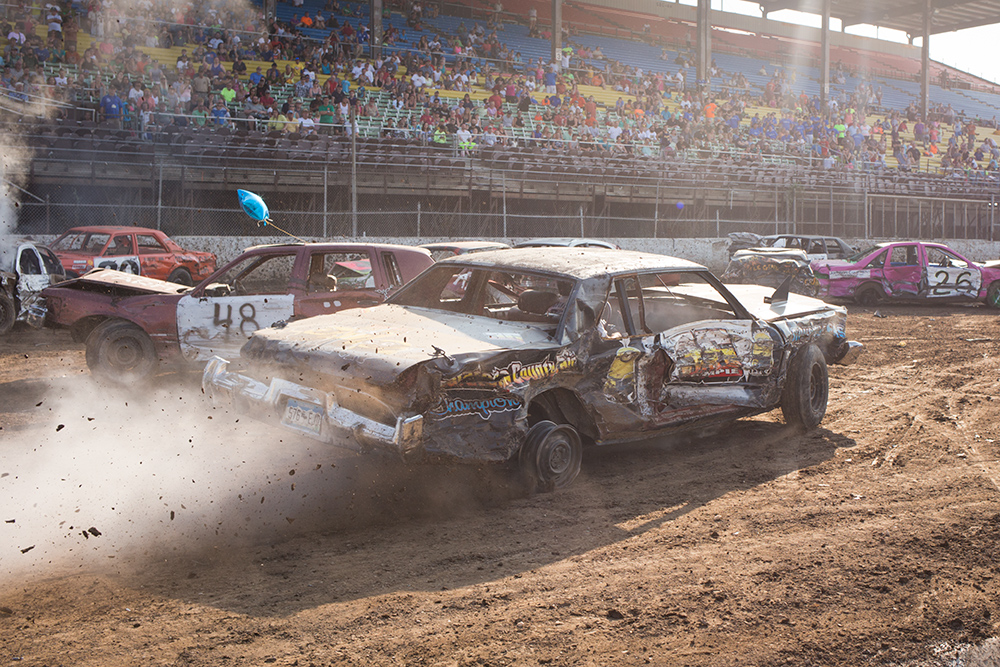 The finale ended in a bit of controversy - Bruno came in second due to a fire under the car that needed to be put out but by the time the Fire Dept did their job the wires were fried. That would have been fine but when they told him he couldn't keep the car, things got a little heated. I had to look up the rules, it's right there but I imagine if you drive these all the time you stop reading the fine print. Bruno was upset about the fire, upset about 2nd place, upset about losing his car so he protested. When the judges arrived he showed them all the illegal welds and adjustments, everything missed during inspection, to get himself disqualified. Rivals came over to get him disqualified too, some angry but I think most were in on the joke. The judges were not amused and when they announced he was disqualified, added in a "we don't appreciate cheaters here" lecture which sounded like a kindergarten talk. He was nice enough, just wanted his car back. It worked... now to get it off the track. I'm actually surprised there wasn't more controversy with the sun blazing hot, the intense humidity and not a cloud in the sky nor shade to stand in. Yet everyone stayed in good spirits and enjoyed the day. I know I enjoyed it! 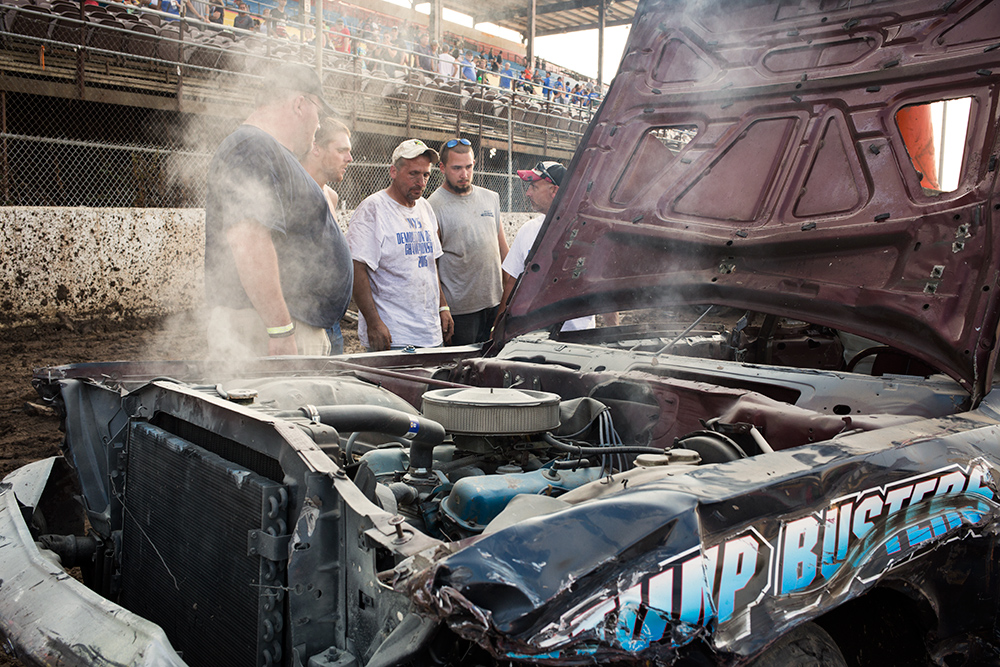 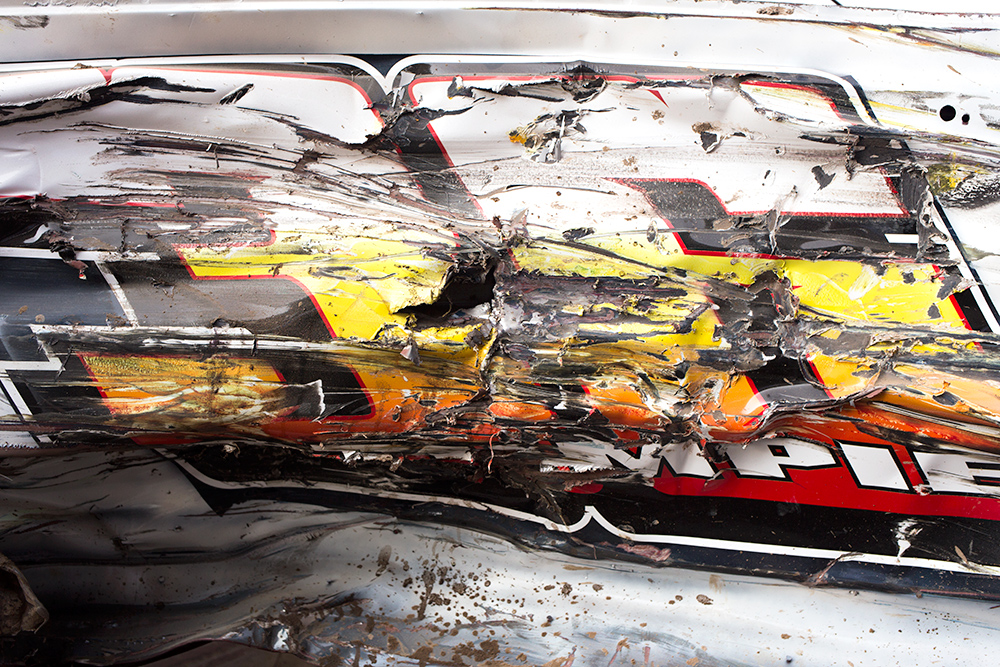 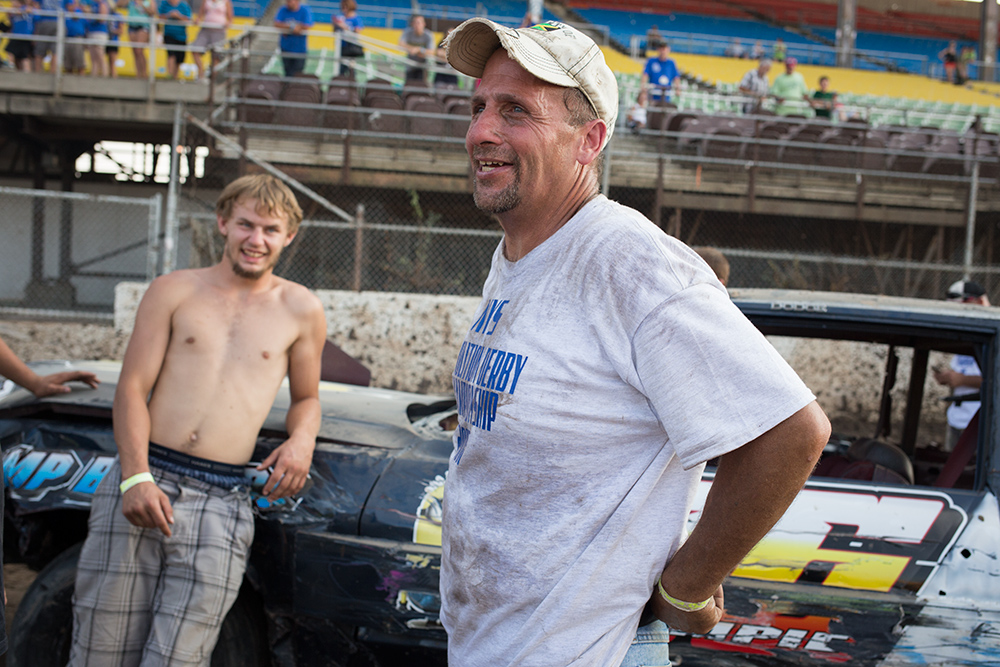 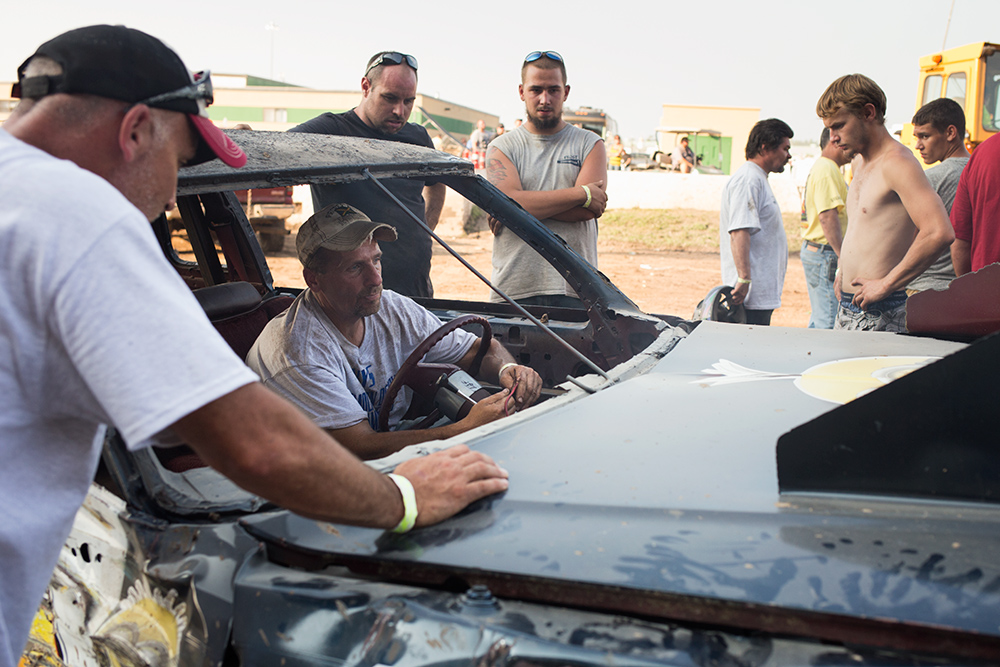 Here's a link to the Saratoga Derby Bruno won to get to the State Championship - I'm guessing car #22 is his, similar style and bulk. He certainly has some SOLID cars. Key still in the trunk, Colorado Collector vehicle plate barely scratched - all cars should have these bumpers. 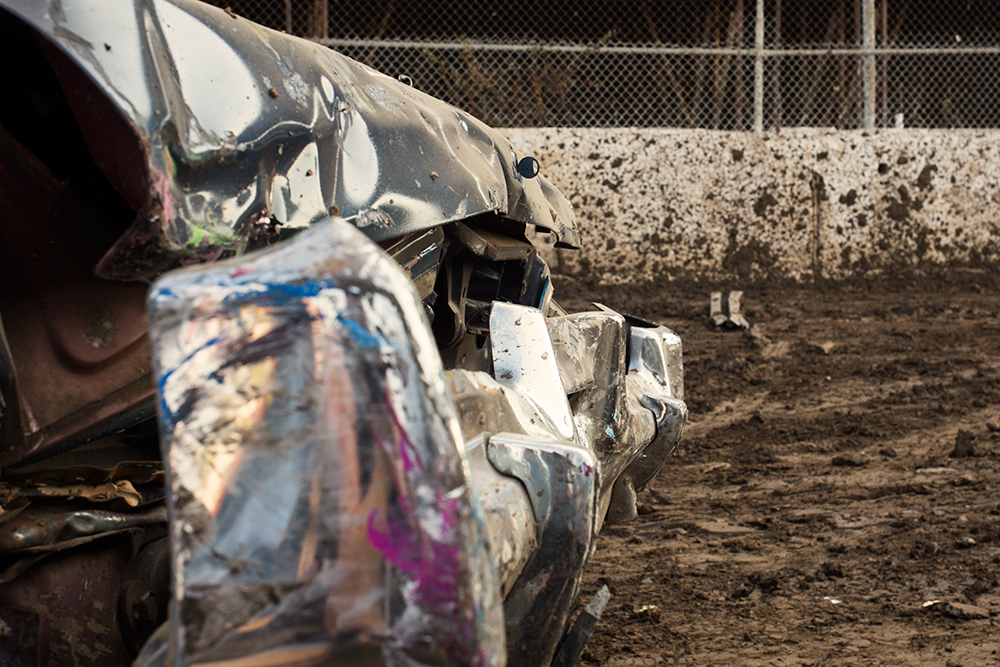