They call him "chicky" 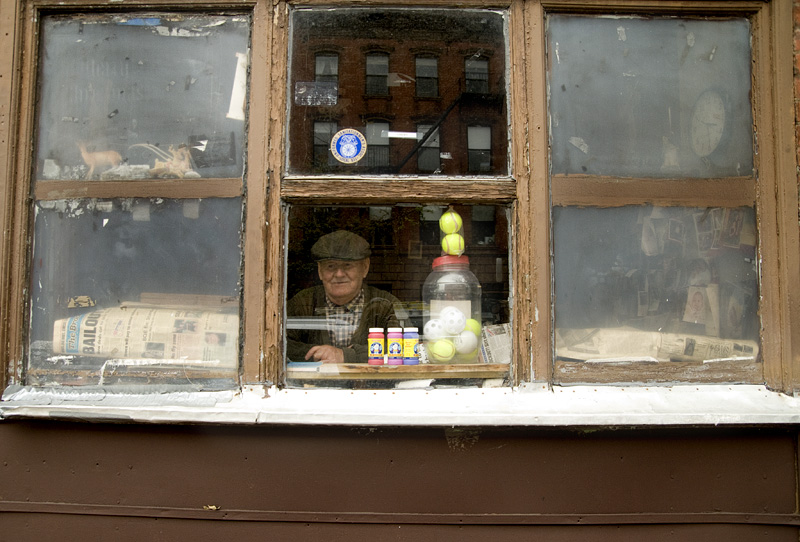 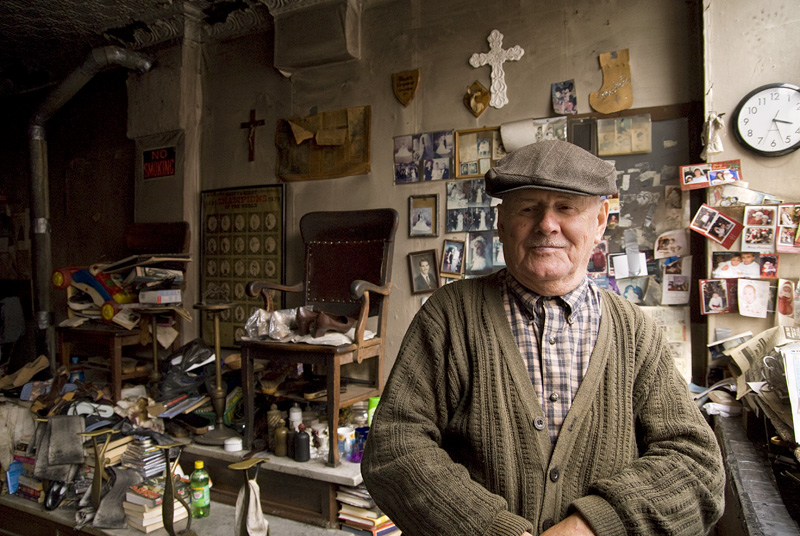 although he told me his name is Ryan. I'll run with that. Ryan is someone I've always wanted to photograph but every time I swing by with a camera he isn't there. So today, thankfully, there he was in his window, keeping court on Court Street. At first when I asked to photograph him he shied away, but then a smile appeared and photos of his 6 grandchildren were shown. He was a cobbler back in the day, still lives upstairs and every so often brings his chairs out front. The neighborhood has changed a lot over the years, but Chicky- he's still there.
Labels: brooklyn, Carrol Gardens, History, Portraits