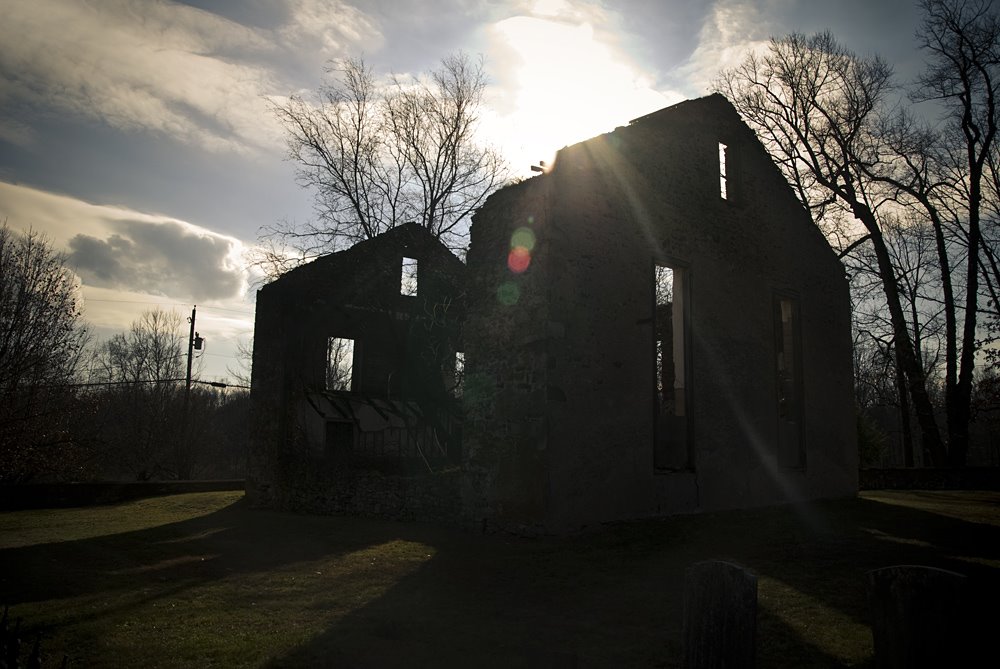 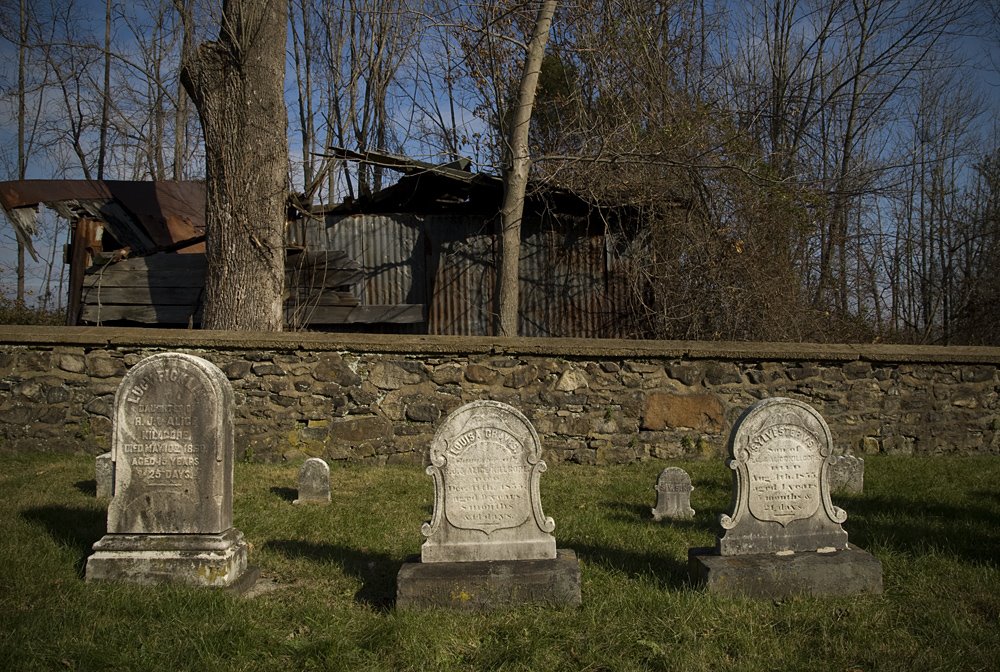 Driving through Jersey on Route 22 wasn't all that interesting to photograph. I found it sad that so much of it looked just like everywhere else - Dunkin Donuts, 7-11s, pretty much strip mall hell. It wasn't until I was cruising along on I-78 that I spotted the above place, Bethlehem Graveyard, which isn't in, nor near Bethlehem, but somewhere between a bunch of small towns near Pattenburg. There isn't much information that I can find. Just a ruin of an old stone church that obviously was left years ago yet the small cemetery on the side is tended too. Flags in place. Looking closer, all three headstones are for the children of RJ & Alice Killgore. All died young, two in the same year. Time to start doing some research!
Labels: cemetery, Killgore, New Jersey, Old Route 22