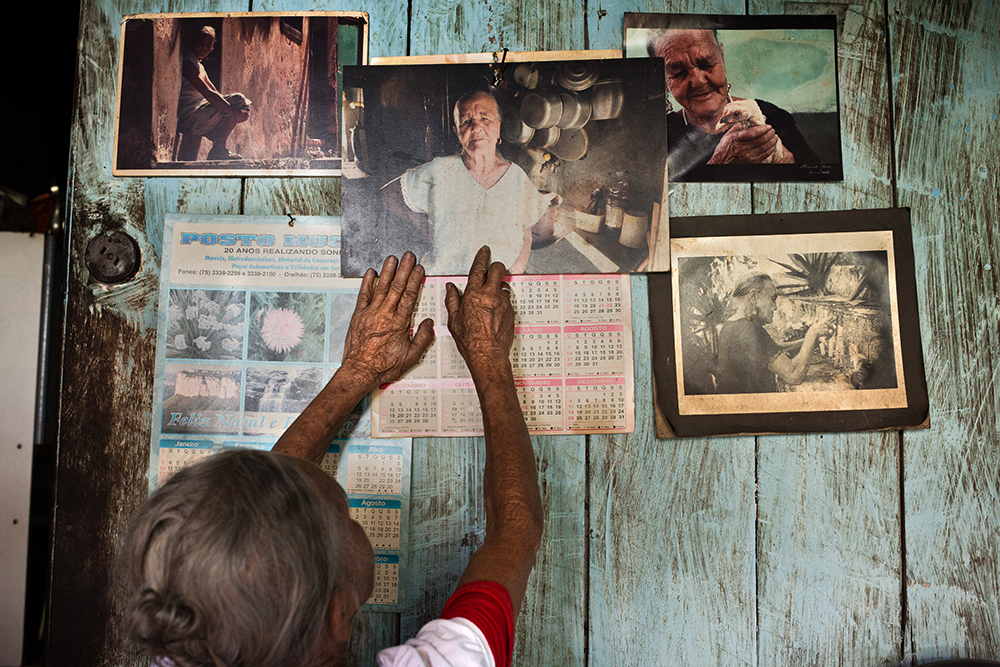 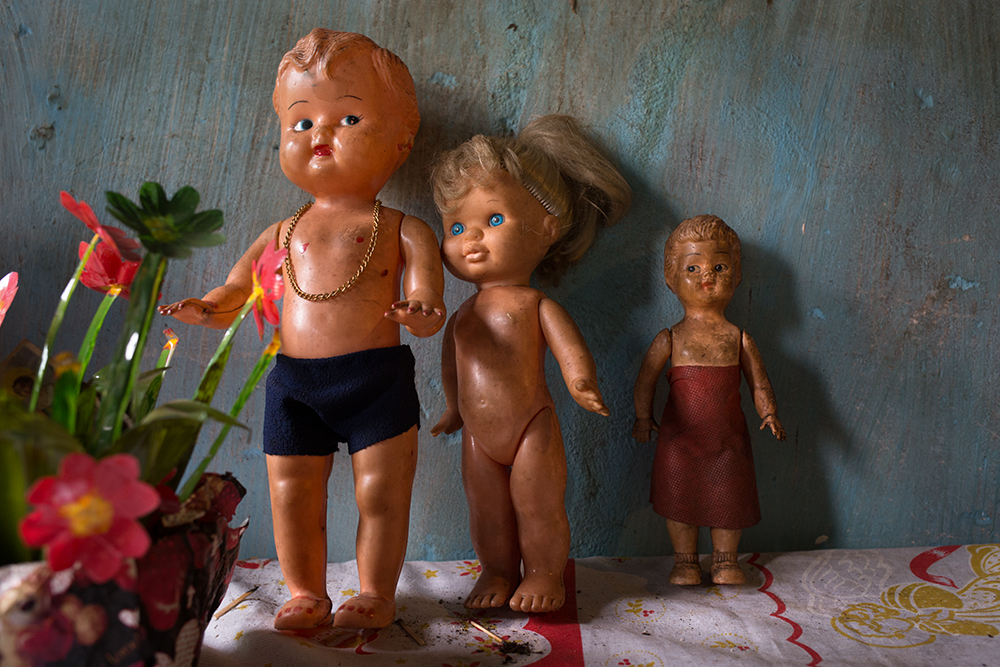 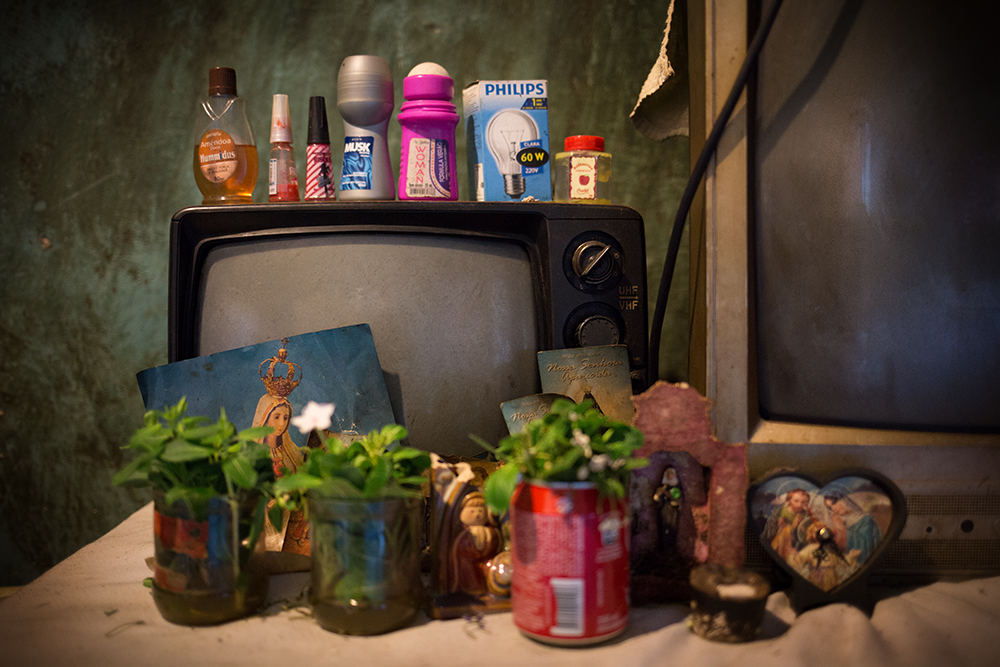 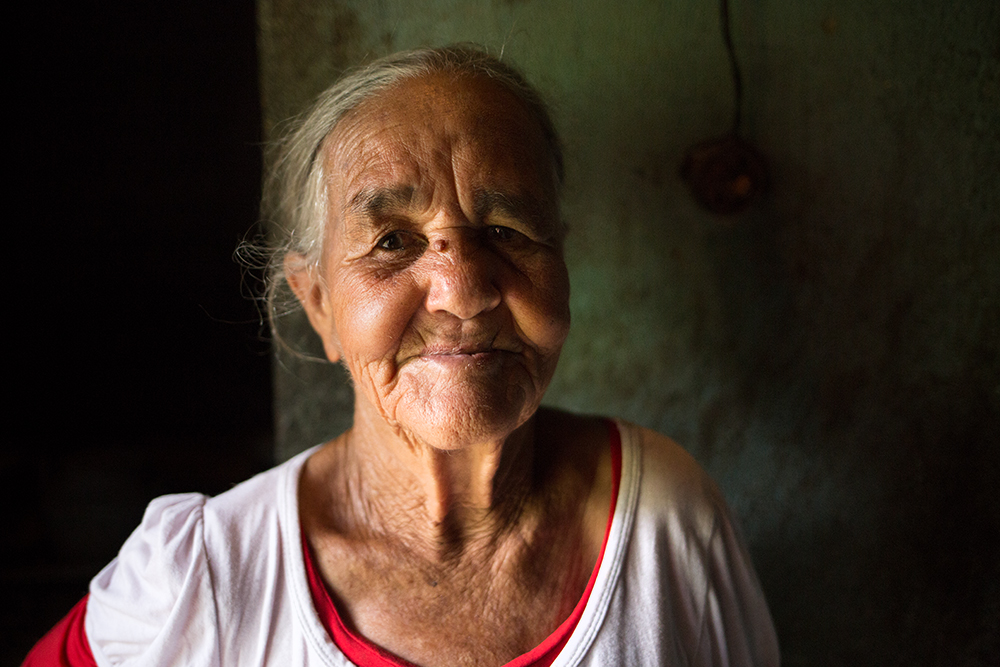 Sylvia Plachy said recently, “I tried to understand what was going on without the language.” After visiting with Maria I returned with an image I took of her in 2011... at this moment, I desired more then anything to understand more of the language.

I understood enough to know this was her son, he adored his mother, and that the images I brought to her meant more then I could have known. She loved the photo of herself, thinking she turned out pretty good, so proud! But then I handed her two more images of a neighbor (photo). I was sure he had passed away, as the last time I was in Igatu was 2011 and he was not doing well then. She stared at the images, her son enticed her to remember who it was. Memory came quickly and when I looked up again tears were running down his face, a single tear on hers. He was obviously important to them. Her son began telling me the story, I handed them tissues, and nodded like I understood. I did not. We all shared this moment together but I still had no idea.

Thankfully I was with friends that did speak Portuguese. As we passed by again I introduced them to her son and he explained that it was his uncle, his mother's brother. If I remember correctly he was the man that collected the money at the mines when the diamonds came in. That not once did he steal or cheat any of the miners. But that part is cloudy as my mind was wrapped up in the love that Maria was sharing. A hug, a smile, tears.

Not every photograph makes the final edit, but all photographs are worth keeping. Once I knew we were returning to Igatu I gathered as many pictures as I could to share with those I had photographed in 2011. These photographs bring smiles, open hearts and memories worth every tear drop and hug that there is. Miss Gabriella (photo) that I had photographed had all but grown up. Shyer then she was in 2011, thanked me and ran off to her friends. Her mother loved the photograph.

It's these moments that really stay with me. Returning and sharing with new and old friends alike.
Labels: 2015, bahia, brazil, igatu, Maria, Portraits, travel